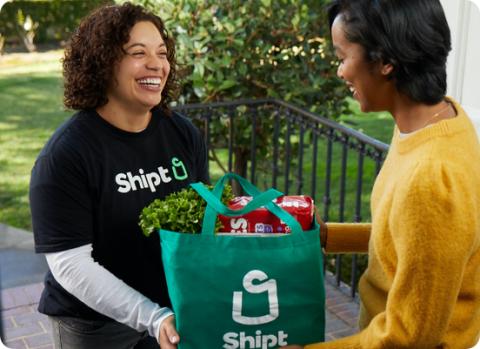 Shipt is expanding across the U.S.

The Shipt same-day delivery platform is adding 1,000 stores and 2 million households to its delivery area.

The independently operated, wholly-owned subsidiary of Target Corp is adding its same-day delivery services across nearly 1,000 more store locations from about 40 of its retailer partners. In addition, over two million more households who previously were just outside of Shipt's coverage area now have access to Shipt services. It’s the company’s biggest national expansion in the past three years.

Shipt worked with the company's existing retail partners to identify areas of opportunity for store location growth. Retailers including CVS, Bed Bath & Beyond, and Party City are expanding the number of stores that now offer Shipt as a same-day delivery option.

Through this expansion, Shipt is now available from more than 200 additional CVS locations than before. And after launching a partnership with GNC in February 2021, this expansion brings nearly 50 more GNC stores on board. Customers in more than 5,000 communities across the country have access to Shipt today, with those in Atlanta, Charlotte, N.C., Los Angeles and Seattle areas seeing some of the greatest number of new store locations available to them.

The expansion increases the reach both for retailers on Shipt's marketplace and those leveraging the company's delivery-only service, Shipt Driven. The company is also promising to add unspecified new features in time for the 2021 holiday season.

Since the onset of the COVID-19 pandemic in March 2020, Shipt and other same-day delivery providers have seen dramatic growth in the number of retailers and consumers using their services. Between March and October 2020, Shipt said it doubled its shopper base while growing its membership and customer base.

March 2020 saw Shipt launch a nationwide hiring blitz in response to the demand surge caused by the onset of the COVID-19 pandemic. Since then, Shipt has expanded beyond its core grocery/CPG delivery offering in partnerships with retailers including Bed Bath & Beyond, Office Depot, and parent company Target; and also introduced a pay-per-order option. Shipt further added 100,000 temporary shoppers for the 2020 holiday season, bringing its personal shopper base to over 300,000.

"This is the first time Shipt has expanded this way," said Bridget Fruit, COO, Shipt. "Over the years, Shipt has launched one city at a time or rolled out a new retail partner nationwide, but this exciting coast-to-coast expansion is unlike anything we've done before. This expansion recognizes the importance of same-day delivery in people's lives. We're growing strategically and intentionally with a commitment to provide our customers with even more places to shop, retailers with the opportunity to reach new customers and Shipt shoppers with even more flexible earning potential than ever before."

Shipt provides personal shopping and delivery and is available to 80% of households in more than 5,000 U.S. cities. An independently operated, wholly-owned subsidiary of Target Corp, Shipt was founded and headquartered in Birmingham, Ala., and also maintains an office in San Francisco.