Be sure to subscribe to our print publication and our e-newsletters!

The November/December issue features a look at how developers are “citifying” affluent suburbs with new projects that combine office, residential, dining/entertainment, parks — and retail.

• Three emerging technologies that will play a major role in retail in 2023.

The issue also includes a round-up of the retail real estate scene as written by the following leading developers:

• Joseph F. Coradino (PREIT) — on why malls are the intersection of life + commerce;

• Brandon Isner (CBRE) — on whether the word ‘omnichannel” is losing its meaning;

• Fred Meno (Woodmont Company) — on planning for the unknown;

• Ken Volk (Macerich) — on the value of short-term tenants. 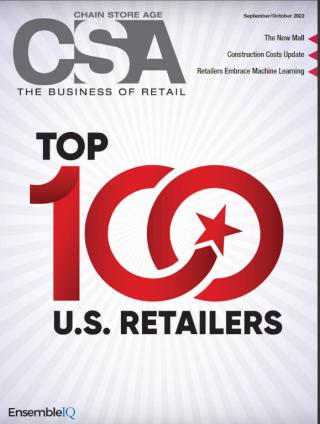 The Sept./Oct. issue of CSA features the annual ranking of the nation's top 100 retailers, PLUS: 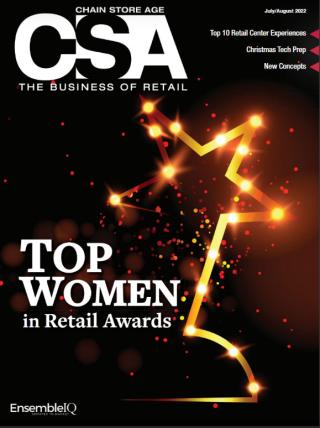 The July/August issue features profiles of CSA's Top Women in Retail Awards winners, with honorees recognized in store development/facilities; real estate; supply chain and technology. Plus, Women of the Year.

• Holiday Prep: Tips capturing whenever and wherever they shop; 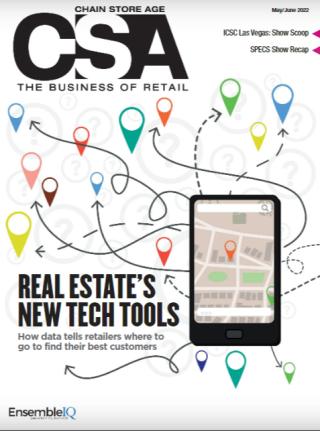 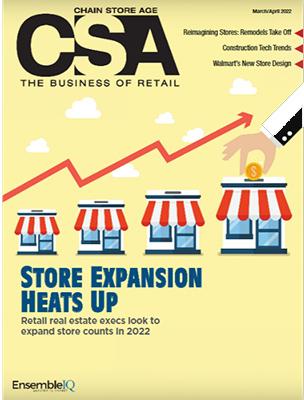 The March/April issue of CSA features an exclusive survey of retail real estate executives and their plans for expansion.

• Top construction technology trends to watch in 2022 — and beyond;

• Insights on metaverse retailing from the CEO and founder of shopping platform Obsess; 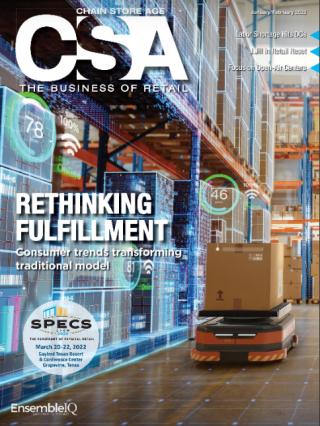 The January/February issue features a look at how consumer trends are transforming the traditional fulfillment center model in three key areas.

• The Changing Nature of Open-Air Centers

• Q&A with Lily Ai's Purva Gupta on the importance of knowing customers in real time.

November/December issue features a special section, “Retail 2022,” on trends and insights for physical retail, technology and the economy. It also includes a round-up of top executives in retail real estate who discuss how the pandemic helped them re-make their relationships with their tenants and establish brick-and-mortar’s role in the omnichannel future.

The retail resale market is booming — with no end in sight.

• Recap of Chain Store Age’s X/SPECS, which put the spotlight on store design, construction and facilities management — and business ne

• A look at Gap’s five-year plan to build out its fulfillment capacity. 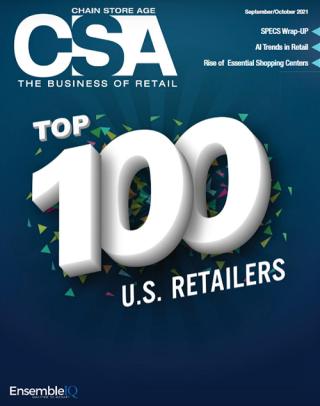 •   Technology innovations transform the construction process — from planning through execution.

•    Effective business scenario planning by CFO’s crucial to retail success in 2022 — and beyond.

Read all about the top 10 retail center experiences — and more — in the July/August issue of Chain Store Age.

In addition to profiles of the centers in CSA’ annual Top Ten Retail Center Experiences, the issue includes an interview with the CEO of women's plus-size retailer Torrid and a look at Dick Sporting Goods’ newest retail concept, House of Sport. 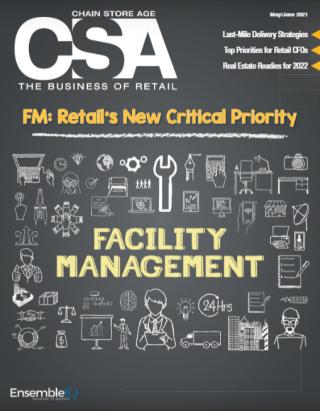 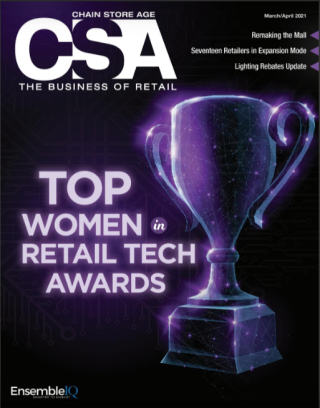 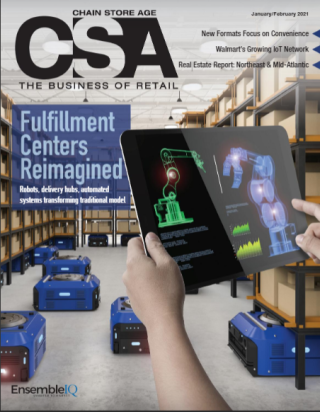 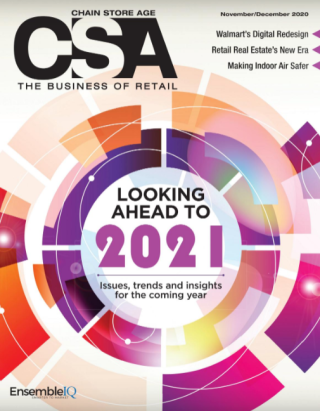 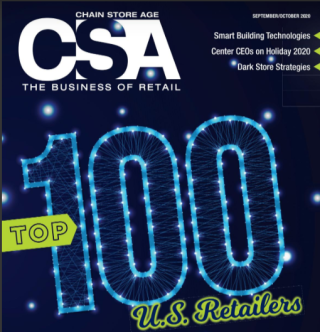 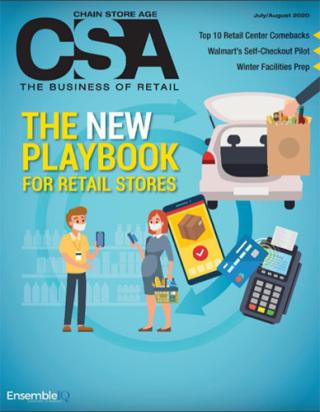 The Top 10 Retail Center Comeback Experiences and The New Playbook for Retail Stores are among the top stories in CSA's July/August issue.

Also inside:
•    Walmart tests self-checkout-only store
•    What to do when an employee refuses to return to work
•    With limits on store capacity, retailers urged to extend customer experience to outside queues
•    Bob's Discount Furniture puts premium on safety as customers return
•    Prepping facilities for the winter months
•    Top Trends in Construction Technology
•    Raleys opens new store concept 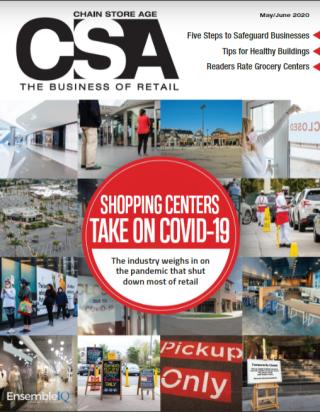 MAY/JUNE 2020
Shopping Centers Take On COVID-19: The industry weighs in on the pandemic that shuttered centers and how they think the next few months will play out. Also, the 10 Under 40: Retail Real Estate's Rising Stars. 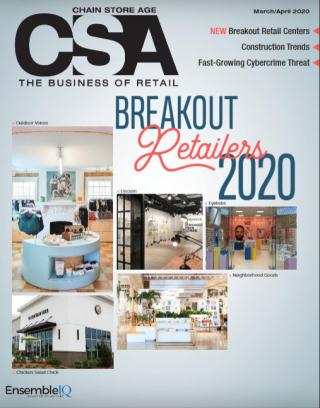 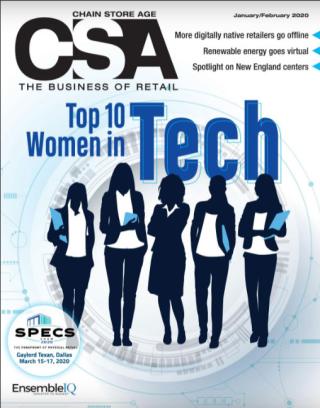 See the top 10 female executives that are making their mark on retail technology. 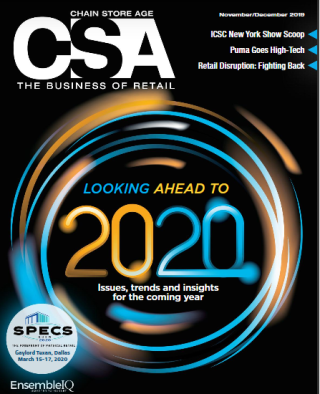 A look at what retailers can expect in 2020, with insights on brick-and-mortar, legislative developments, the economy, and technology. Plus, a special ICSC section: New York Show Scoop. 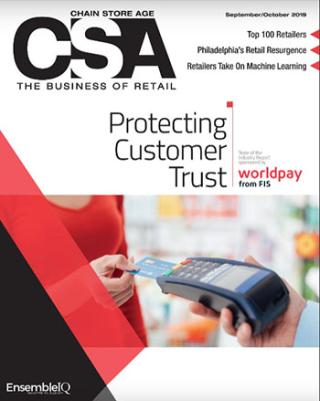 The annual Top 100 Retailers: A ranking of nation's top 100 retail companies by annual revenue, and the State of the Industry Report. Plus, Philadelphia 's Retail Real Estate market is HOT! 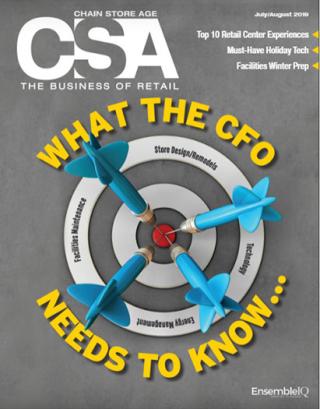 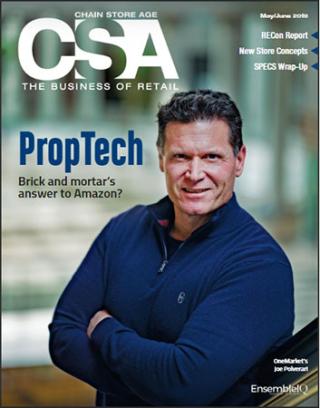 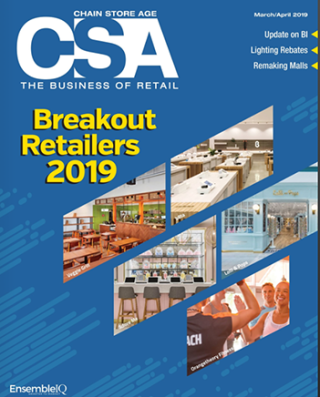 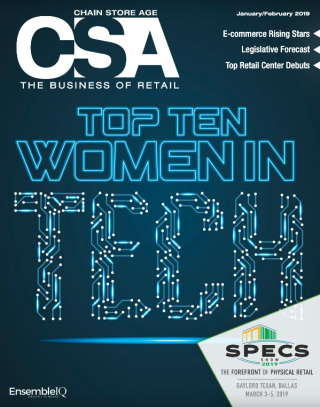