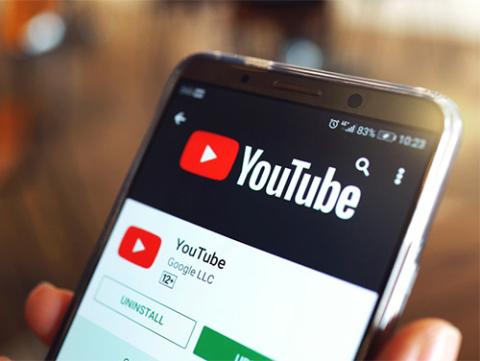 Forty-five percent of consumers are at least somewhat likely to purchase a product on YouTube.

American consumers trust YouTube the most for finding and purchasing products, according to a report by Insider Intelligence. Almost two-thirds of U.S consumers find YouTube somewhat or very trustworthy for finding and purchasing products, followed by Facebook, with a 51% share. Instagram came in third, at 45%. Rounding out the top five were LinkedIn (37%), Twitter (37%) and TikTok (35%).

In other findings, 45% of consumers are at least somewhat likely to purchase a product on Instagram, which is two percentage points higher than for Facebook.

According to Insider Intelligence, brands would be smart to invest in YouTube’s ad and shopping tools. The company forecast that the video platform will have 230.6 million monthly U.S. users this year, which is significantly ahead of Facebook’s 178.3 million and Instagram’s 128.3 million.

Influence Marketing Spend
In related news, Instagram is on track to capture $2.231 billion in influencer marketing spending this year, reportedTechCrunch, which also cited data from Insider Intelligence. Some $948 million will be spent on YouTube, with $774.8 million spent on TikTok and $739 million spent on Facebook.

The data indicates that TikTok will overtake the No. 2 platform, YouTube, by 2024, the report said.