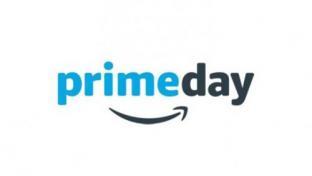 Another Prime Day is in the rearview mirror, and a look back provides guidance on where e-commerce is heading.

In a broad sense, Prime Day 2022 has to be considered a success. According to Adobe Digital Economy Index data, total U.S. online spend across retailers reached an all-time high of $11.9 billion (including $6 billion on day one and $5.9 billion on day two), representing 8.5% growth compared to $11 billion in Prime Day total online revenue in 2021.

While this growth figure roughly tracks with inflation, Amazon says it sold more than 300 million items worldwide during the event, a new record. Clearly, Amazon held a sale and consumers showed up. But a closer look at what those consumers were doing, both on Amazon and on competing sites, highlights some emerging trends in e-commerce.

These figures suggest consumers may be reacting to larger socioeconomic trends by focusing on essential purchases, even when offered significant deals. Also consider that Numerator data shows the two top-selling product categories were household essentials (29%) and health & beauty (28%); and that 42% of consumers surveyed by Blue Yonder said some of their Prime Day purchases were specifically for back-to-school (up from 38% in 2021).

An interesting statistic released by Amazon – that Prime Day shoppers spent over $3 billion (more than 25% of total spend) on more than 100 million items from small businesses on its third-party seller marketplace – suggests that a consumer focus on less expensive purchases will heighten the importance of outside sellers to large e-commerce retailers.

Perhaps not coincidentally, more Tier I retailers have been launching third-party marketplaces, while Amazon and Walmart are both aggressively recruiting e-commerce selling partners.

A rising tide…
Prime Day also appears to have served as a sales driver for a number of Amazon’s chief competitors. According to data from Blue Yonder, although Walmart did not formally run any sales event to counter Prime Day, it still appears to have benefited from the general increase Prime Day created in e-commerce activity. About half (49%) of surveyed consumers said they participated in deals on Prime Day with Walmart, up significantly from 35% in 2021, when Walmart did run a competing event.

Combined with data from Numerator which revealed that due to inflation, 22% of surveyed Prime Day shoppers looked at prices outside of Amazon before buying, it appears that online consumers are prioritizing lowest cost for items over where they buy them. Walmart and Target are both already capitalizing on this trend with efforts to clear excess inventory via everyday discount pricing.

Livestream has long been a mainstream digital commerce platform in Asia, but is still in the process of catching on in the U.S. While Amazon did not release sales conversion figures for its Prime Day livestream views, that amount of traffic indicates widespread consumer interest.

This is borne out by a recent study from Sprout Social, which shows 61% of surveyed U.S. consumers watch livestreams and 53% want to watch them more in 2022. In addition, 35% of respondents said they comment or engage in livestreams, and 33% want to do this more in 2022.