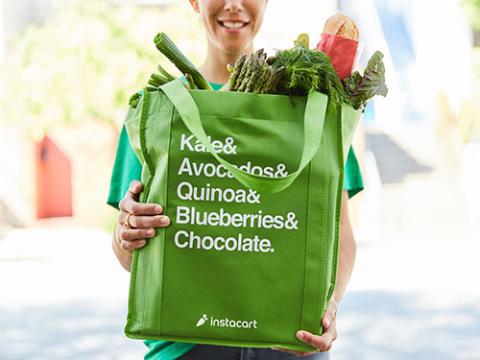 Does Instacart have its sights sets on joining major technology providers such as Amazon, Apple, Google and Facebook?

Instacart is clearly an ambitious company. Having started out as a third-party online fulfillment platform primarily serving grocers and drugstore/CPG retailers, the past 18 months have seen it expand its client base across almost every retail vertical.

However, in the past several months, Instacart has also made some interesting moves that suggest grander long-term plans may be in the works. Here are three steps Instacart has taken during 2021 that suggest it wants to evolve into a broadly-based tech platform.

However, its test of customized pickup technology indicates Instacart is considering a future where at least part of its business model is based on providing technology solutions and services. As a result of some grocers transitioning to a Partner Pick model, Instacart was reportedly preparing to lay off more than 1,800 in-store shoppers nationwide, evidencing another potential benefit of transitioning to a tech platform.

The new CEO knows Facebook’s M.O.
In July, Instacart made an interesting selection to fill its CEO role. The company tapped Fidji Simo, who had been serving as VP and head of the Facebook app, to assume the position of CEO. During a decade spent at Facebook, she oversaw the development and strategy for the Facebook app, including news feed, stories, groups, video, marketplace, gaming, news, dating, and ads.

Simo was also a core driver of Facebook's mobile monetization strategy and led the team in charge of architecting Facebook's advertising business and developing ad formats for mobile and Instagram. Prior to Facebook, Simo was part of eBay’s strategy team, helping to build out the company's local commerce and classified-advertising initiatives.

While Simo is an accomplished executive with deep retail and consumer expertise, nothing in her resume suggests a background in fulfillment, logistics, order management, or other key aspects of Instacart’s current business model. But if the company is eyeing evolution toward becoming a more Facebook-like tech platform, who better than a Facebook VP to take the helm?

Micro-fulfillment – a macro-plan?
July also saw Instacart unveil the first phase of a new micro-fulfillment initiative, designed to bring automated technology solutions to retailers across the U.S. and Canada. As part of the program, Instacart has signed a multi-year strategic deal with Fabric as a fulfillment automation partner.

Instacart will pair Fabric software and robotics with its proprietary technology and shoppers to enable a micro-fulfillment process within dedicated warehouses and existing retailer locations. Major grocers including Kroger, Walmart, and Albertsons have been piloting micro-fulfillment, which uses automated bots to retrieve grocery items from a compact storage center for streamlined picking.

Instacart plans to kick off early-stage concept pilots in partnership with Fabric and grocery retail partners over the coming year and beyond. Unlike other grocers currently exploring micro-fulfillment, Instacart is providing it as a hosted technology service to other retailers. 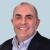