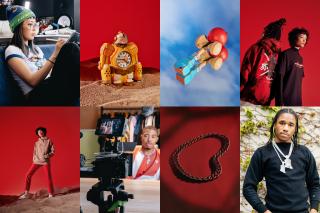 Netflix.shop will drop new products on a regular basis. Among the items debuting this month are streetwear and action figures based on anime series “Yasuke and Eden”; as well as limited-edition apparel and decorative items inspired by France-set thriller series “Lupin” in collaboration with the Louvre.

According to Netflix, future exclusive drops will include products from its popular proprietary titles “Stranger Things” and “The Witcher,” as well as new Netflix logowear from Japanese fashion company Beams. The company has already been selling a wide assortment of licensed merchandise via retail partners such as Target.

Now, Netflix is making a move into direct-to-consumer e-commerce. The company does have experience managing a supply chain for shipping and returning physical products, as it originated in the late 1990s as a subscription rental service for DVDs (and even engaged in some DVD sales).

“We’re thrilled to give fans a new way to connect with their favorite stories, and to introduce them to the next wave of artists and designers who embrace the power of storytelling in all its forms,” Josh Simon, Netflix VP of consumer products, said in a corporate blog post announcing the new e-commerce site.

Netflix plans to expand Netflix.shop to other countries around the world in the coming months.