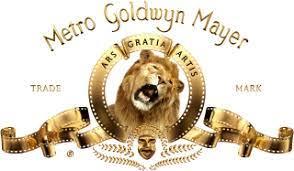 In its biggest move yet into the entertainment industry, the e-commerce giant said that it will acquire the 97-year-old MGM for $8.45 billion. The deal is second only to Amazon’s $13.7 billion acquisition of Whole Foods Market in 2017.

MGM has a vast catalog of more than 4,000 movies, including the James Bond and Rocky titles, 12 Angry Men, Basic Instinct, Raging Bull, Silence of the Lambs, Thelma & Louise, and many more. MGM’s portfolio also includes more than 17,000 TV shows, including Fargo and The Handmaid’s Tale, and Vikings. It also owns cable network Epix and owns a number of popular reality TV shows.

Amazon noted that MGM films and televisions have collectively won more than 180 Academy Awards and 100 Emmys. The company said it would help preserve MGM’s heritage and catalog of films, and provide customers with greater access to the works while bolstering its own film and TV division, Amazon Studios.

“The real financial value behind this deal is the treasure trove of IP in the deep catalog that we plan to reimagine and develop together with MGM’s talented team,” said Mike Hopkins, senior VP of Prime Video and Amazon Studios. “It’s very exciting and provides so many opportunities for high-quality storytelling.”

Jim Nail, principal analyst at Forrester, commented that with the MGM purchase, Amazon gets some talented executives with track records of success in spotting and producing popular movies and TV series.

"This would plug the hole in Prime Video's ability to consistently create compelling original programming," he said. "Prime Video is the second most-watched streaming service today, so consumers highly value video as part of their Prime membership. Amazon has had a couple of hits in the past but hasn't produced the kind of consistent stream of popular programs that Netflix has and that other media companies have a long history in doing."