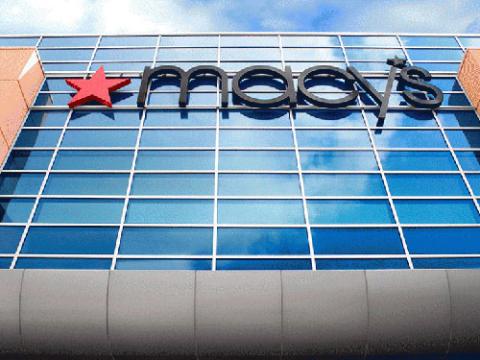 Macy’s will accelerate the expansion of its off-mall, smaller format stores.

An upbeat Macy’s reported a strong end to a solid year and said it is accelerating its turnaround plans, including the expansion of its off-mall, smaller format stores.

Activist investors Jana Partners had called for Macy’s to spin-off its digital business from its physical stores, similar to a move made by Saks. But the department store giant rejected the idea and said that, following a comprehensive business review by its board and outside advisors, it has determined that continuing as an omnichannel operation is the better option.

Key to the board’s decision-making, Macy's said,  were the high separation costs and ongoing costs from operating separated businesses, as well as high execution risk for the business and the company’s customers. Macy’s also noted that people who shop in its stores and also on its website shop 3 to 3.5 times more frequently than people who just shop either in stores or online. They also spend 2.5 to 3.5 times more money.

"In every scenario we considered, we found that the combination of our profitable digital platform with our national footprints will deliver greater value to shareholders than a separation of our digital and physical assets," Macy's chairman and CEO Jeff Gennette said on the company's  earnings call.

Gennette also told analysts on the call that Macy's is "not capital constrained to be able to invest in the business and the digital elements of our business."

As a result of the review, Macy’s is accelerating its turnaround Polaris initiatives, including the expansion of its off-mall, small-format Market by Macy’s and Bloomie’s stores. It plans to open 10 small-format locations in 2022.

“We are more confident in our path forward as one integrated company,” stated Gennette. “The board’s review reaffirmed our conviction that we are pursuing a robust strategy, and it provided us with greater clarity on several initiatives that could be further accelerated to unlock additional value for our shareholders, which we are pursuing.”

As previously announced, Macy’s plans to launch a third-party marketplace that will allow curated third-party retailers and brands to sell their products on macys.com and bloomingdales.com, with an expected rollout in the second half of 2022. In other initiatives, the retailer has partnered with Toys "R" Us, with plans to open in-store Toys "R" Us shops across Macy's stores nationwide this year.  Its newest partnership is with global jewelry brand Pandora, which will open in-store shops in 28 Macy's stores thus year.

Bloomingdale’s comparable sales were up 37.8% on an owned basis and up 37.6% on an owned-plus-licensed basis. Results were driven by strong sales of luxury handbags, fine jewelry, men’s shoes and contemporary, fragrances and home.

Bluemercury comparable sales rose 30.9% on both an owned and an owned-plus-licensed basis.

“Our results in the fourth quarter delivered a strong end to a solid year,” Gennette said. “I am proud that Macy’s, Inc. outperformed expectations on both the top and bottom lines every quarter in 2021, despite COVID-19 related disruptions, supply chain issues, labor shortages and elevated inflation. Our business has momentum and is serving more customers at more touchpoints in their shopping journey.” We are more digitally led and customer centric and believe we are better positioned for long-term sustainable and profitable growth,”

The retailer announced a new $2 billion share repurchase program after completing a previous $500 million program. It also raised its dividend by 5% to 15.75 cents per quarter, payable on April 1 to shareholders of record as of the close of business on March 15.

“We generated $2.3 billion in free cash flow this year – a significant amount that allowed us to return capital to shareholders through our measured capital allocation plan while meaningfully improving the health of our balance sheet,” said Macy’s CFO Adrian Mitchell. “The strength of our financial position offers the flexibility in 2022 to continue investing in growth opportunities, navigate the dynamic macro environment with agility, and further deliver on our commitment to enhance shareholder value.”

Macy’s offered an upbeat outlook for fiscal 2022, with sales expected to range between $24.46 billion and $24.7 billion. Analysts had been looking for revenue of $24.23 billion, a slight decrease from the prior year.

The company forecasts adjusted earnings per share for the year to be between $4.13 and $4.52. Analysts were looking for $4.04 analysts.