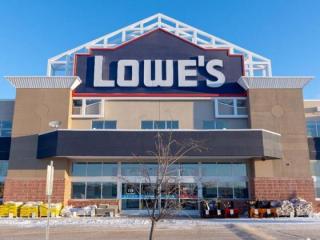 Lowe's is applying RFID and blockchain to prevent shoplifting.

Project Unlock combines low-cost RFID chips and Internet of Things (IoT) sensors to activate power tools at the point of purchase while also creating a secure, publicly accessible, and anonymized record of legitimate purchases. by blockchain.

To support Project Unlock, Lowe’s has built a blockchain record that verifies and tracks all legitimate purchases. As a result, Lowe’s intends to make it easy for customers to see if they’re purchasing stolen goods, or for law enforcement to crack down on organized crime rings that conduct professional shoplifting operations.

Under Project Unlock, a unique NFT is created for each physical product. Lowe’s is launching the proof of concept with power tools, but the retailer says it sees potential to use this blockchain- and RFID-based security system for other items in its stores, and ultimately across the entire retail ecosystem.

According to Lowe’s, it is the first retailer in the home improvement vertical to develop an anti-theft solution using blockchain and RFID technology. Lowe’s provides more information on Project Unlock and how it works in a short video here.

“We are inventing the technology that makes at-purchase activation and transparent purchase records possible so we can tackle theft in a way that is virtually invisible to our customers,” said Seemantini Godbole, Lowe’s executive VP, chief digital and information officer. “We see a future in which solutions like Project Unlock can help the entire retail ecosystem create a great environment for our customers.”

Lowe’s is actively developing its technology infrastructure. The home improvement giant recently opened a 357,000-sq.-ft. tech hub in Charlotte, N.C. The company says the new facility is part of its commitment to becoming the most customer-centric omnichannel retailer.

According to Lowe’s, it will utilize the new tech hub to continue to explore how it applies emerging technology to its business. One specific project the company has publicly said it will continue managing at the facility is its interactive virtual model, or “digital twin,” it has created two of its stores.

The company is also developing an end-to-end room scanning, measurement and estimate tool called “Measure Your Space” at the facility. Customers can leverage the feature in the Lowe's iOS app.

Based in Mooresville, N.C. (which is near Charlotte), Lowe's Cos. Inc. operates more than 2,200 home improvement and hardware stores.