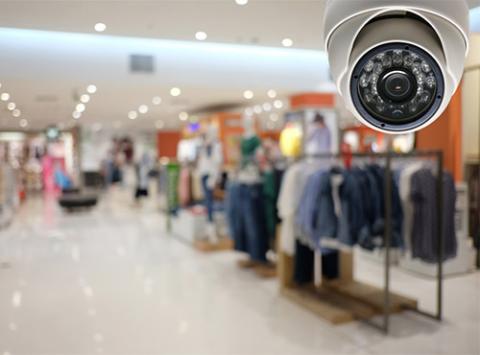 Customer-on-employee violence has emerged as a growing new risk and threat to retailers.

That’s one of the findings of the 2022 National Retail Security Survey, released Sept.14 by the National Retail Federation. The survey also found that retail shrink, when taken as a percentage of total retail sales in 2021, accounted for $94.5 billion in losses last year, up from $90.8 billion in 2020. The average shrink rate in 2021 was 1.44%, a slight decrease from the last two years but comparable to the five-year average of 1.5%.

The COVID-19 pandemic created more challenges for retailers, according to the report. A large majority (87.3%) of respondents said the pandemic resulted in an increase in overall risk for their organization. Retailers specifically cited an increase in violence (89.3%), shoplifting (73.2%), organized retail crime (ORC) and employee theft (tied at 71.4%) as a result of the pandemic.

Organized Retail Crime
Organized retail crime, a critical component of shrink, is a growing challenge both for retailers and the industry at large. Retailers reported a 26.5% increase in ORC, on average. Even more alarming, the vast majority (81.2%) said the violence and aggression associated with ORC increased in the past year.

The majority of retailers report that in-store, e-commerce and omnichannel fraud have risen. Violence is a growing area of concern and retailers are prioritizing addressing customer-on-employee violence, external theft and ORC.

Research shows that ORC groups commit retail crimes for their financial benefit, and specifically target items that are concealable, removable, available, valuable, enjoyable and disposable, also known by the acronym CRAVED. Items that have more of these characteristics are more likely to be stolen.

The top five cities/metropolitan areas affected by ORC in the past year were Los Angeles, San Francisco/Oakland, New York, Houston and Miami.

Retailers are prioritizing new resources to safeguard their customers, employees and operations, with nearly half (44.5%) indicating loss prevention as an area of investment. More than half (60.3%) are increasing their technology budget and 52.4% are increasing their capital and equipment budget. As part of these efforts, many are investing in various technologies, including RFID, computer vision at point of sale and license plate recognition.

“Reducing instances of violent crime, particularly those affiliated with ORC, is a key priority among retailers because it directly and immediately impacts employees in numerous capacities,” said Cory Lowe, senior research scientist, Loss Prevention Research Council. “In many cases, it is difficult to measure the full extent of these crimes without being investigated internally and in coordination with law enforcement.”

As retailers implement additional measures to diminish and ultimately prevent ORC-related incidents from occurring, policy reform is still needed. A majority of respondents (70.8%) reported an increase in ORC where felony thresholds have increased. Retailers desire stronger ORC legislation, especially at the federal level, as well as better enforcement of existing laws.

The 2022 National Retail Security Survey was conducted online among senior loss prevention and security executives in the retail industry. The study was done in partnership with the Loss Prevention Research Council and is sponsored by Appriss Retail. Click here to view the report.