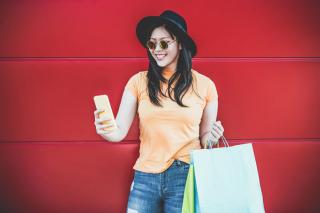 In good news for retailers seeking to save money on e-commerce advertising, the survey also reveals that a satisfied customer will often serve as a free source of online promotion. Sixty-nine percent of respondents said they want to share their good deals so others can find great purchases, too.

In addition, 58% of respondents feel inclined to tell strangers how much money they saved when complimented on their outfit that they bought on sale. Interestingly, a slightly lower percentage (56%) brag to their friends and family about an online sale they found.

Respondents were asked what steps they would take to obtain an online deal. The top five answers were: