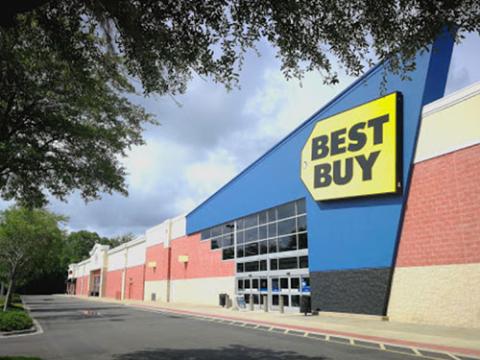 Given that all Best Buy’s physical stores were closed for six weeks of the quarter and that it sells mostly bigger ticket discretionary products, a sales decline of 6.3% is nothing short of a remarkable result. In our view there are a couple of factors Best Buy’s success.

The first of these is the very quick pivot to the curbside collection model which allowed customers to order online and then collect their items at the curbsides of most stores. This proved to be very popular with shoppers. It was also a very effective option for Best Buy as it kept many associates employed, prevented a pile-up of inventory in stores, and was a far cheaper option than delivering from central warehouses.

The reason for Best Buy’s speed in implementing this solution is that much of the technology and logistics were already in place. Best Buy has excelled at fulfillment from stores for many years. As such it has good visibility of stock across its shops and a website that is already coded to allow consumers to request collection from their local stores. Many regular shoppers are already used to buying in this way, which helped them make the transition. In short, Best Buy’s past investments in digital really paid dividends during this crisis.

The other factor that prevented sales from falling further was the strong demand for some areas of electricals as the country went into lockdown. As people prepared to work from home sales of computers, routers and cables all held up well. And as people prepared to relax at home more, sales of entertainment products rose sharply. The release of the video game “Animal Crossing: New Horizons” in March also helped to boost demand for Nintendo Switch devices, the need for which escalated during the lockdown as more households turned to gaming as a source of amusement.

Not all categories outperformed. There was a modest decline in appliances, mostly because many of these larger, bulkier items can’t be as easily collected from store. Although some delivery services were available, these were restricted over normal levels. Service spend also fell as many of Best Buy’s traditional offerings such as installation and repair were suspended for parts of the quarter. Demand also plunged in some discretionary areas of consumer electronics.

The shift in strategy and product mix did have an impact on the bottom line where operating income fell by 31% and net earnings dipped by 40%. While curbside collection is nowhere near as expensive as shipping to a last mile destination, it is still less efficient than customers coming into stores. The loss of some discretionary spend on consumer electronics also took its toll. However, the bottom line remains healthy and is in the black to the tune of $159 million. All things considered, we believe this to be an excellent result and a testament to Best Buy’s agility and flexibility.

Looking ahead, we think Best Buy can weather this storm. It has the resources, strong brand image, trusted status and digital infrastructure to remain a force in electronics. However, for the rest of this year it is unreasonable to expect things to revert to normal. Many of the initiatives Best Buy was pursuing, such as expert advice in stores and the introduction of more services, will be under pressure thanks to social distancing. They remain relevant and Best Buy can find other ways to deliver, such as through online consultations, but their efficacy and impact will be weaker.

The appointment-based system that Best Buy is operating in some stores will also throttle footfall, and a lack of confidence among some consumers will restrict purchasing. However, if Best Buy can survive the lockdown, it can surely survive more minor disruption.