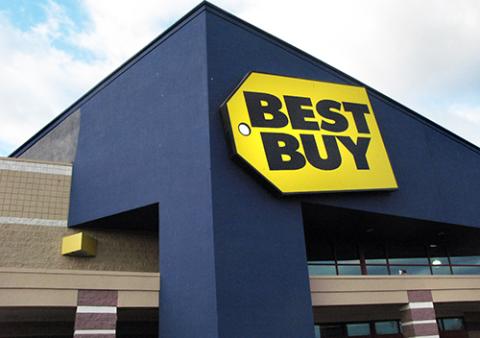 Best Buy Co. reported first-quarter earnings and sales that beat analyst expectations amid a 155% rise in online sales as customers took advantage of curbside pickup at its stores.

In the middle of the quarter, March 22, the consumer electronics giant shifted all its stores to a curbside-only operating mode, which allowed customers to purchase items online or via the Best Buy app and request pickup at their local Best Buy.

“We were able to retail approximately 81% of last year’s sales during the last six weeks of the quarter, even though not a single customer set foot in our stores,” stated CEO Corrie Barry.  “The strong sales retention is a testament to the strength of our multi-channel capabilities and the strategic investments we have been making over the past several years.”

“This proved to be very popular with shoppers,” he said. “It was also a very effective option for Best Buy as it kept many associates employed, prevented a pile-up of inventory in stores, and was a far cheaper option than delivering from central warehouses.” For more comments, click here.

On May 4, Best Buy started reopening stores, following strict social distancing measures that include an “appointment-only” model” and limited hours. About 700 stores, or 70% of its portfolio, are now open. Best Buy said it is evaluating additional changes, including expanding store hours and opening some stores beyond the current appointment-only model.