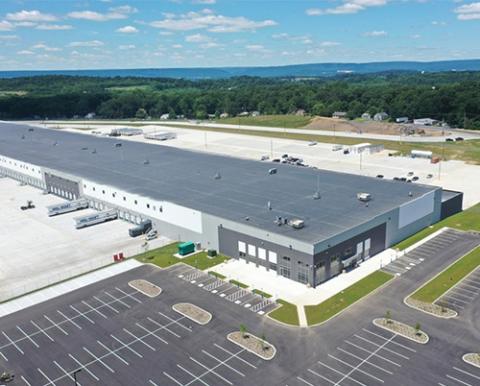 Walmart has not been kicking back and taking it easy when it comes to technology innovation.

Although August is traditionally a time to slow down and recharge your batteries, Walmart has been actively accelerating its technology efforts across the enterprise. While I spent part of the month relaxing on a beach in New Hampshire, Walmart was going full speed ahead with tech-related initiatives in its merchandising, supply chain and marketing functions.

Read on for more details:

As a result, Volt intends for end customers to receive a more seamless omnichannel shopping experience, with reduced friction due to out-of-stocks.

“The deal affirms Walmart’s continued investment in technology and innovation that enables us to better anticipate customer demand,” Walmart said in an official statement announcing the acquisition.

High-tech consolidation center
Walmart is expanding on its model of an automated supply chain facility for receiving, sorting and shipping freight. During the month of August, the discount giant will open a high-tech consolidation center in Lebanon, Pa. The new 400,000-sq.-ft. facility’s automated technology is designed to enable three times more volume to flow throughout the center and help Walmart deliver the right product to the right store, so customers can find the products they need, according to the retailer.

The new Lebanon consolidation center will service all 42 regional distribution centers across the U.S., with plans to service fulfillment centers in the near future. The facility will be the second of its kind in Walmart’s supply chain. The first, located in Colton, Calif., opened in 2019.

Walmart partners with streaming, BNPL providers for Walmart+ perks
Walmart’s latest promotional partnerships for its Walmart+ paid membership program involve a major streaming service and a leading buy now, pay later (BNPL) platform. As of Aug. 15, members of the Walmart+ program will receive free access to the “essential” tier of the Paramount+ subscription streaming offering, which typically costs $4.99 per month and includes some paid advertisements.

Paramount Global has publicly estimated that Paramount+ has 43 million total members, and has said it wants to have 100 million subscribers by 2024. Walmart does not publicly release Walmart+ membership numbers, but Consumer Intelligence Research partners estimated the service had 11 million participants as of July 2022.

Walmart has been bulking up Walmart+, initially launched in September 2020, with several different promotions. In another current example, during the month of August, eligible consumers who spend $300 or more on a single purchase with the buy now pay later (BNPL) solution Affirm at Walmart, either in-store or online, will receive a free 90-day Walmart+ membership.

Members of the Walmart+ program, which normally costs $12.95 a month/$98 a year, receive exclusive benefits such as free shipping with no order minimum, free delivery from stores, and discounted gas prices.