Under the multi-year deal, Twitter will leverage the infrastructure and portfolio of services from Amazon’s cloud computing platform to support delivery of millions of daily Tweets. This expansion onto AWS marks the first time that Twitter is leveraging the public cloud to scale its real-time service.

Twitter will rely on AWS functionality, including capabilities in compute, containers, storage and security, to deliver its real-time social media service with low latency while continuing to develop and deploy new features. Twitter has been partnering with AWS for more than a decade to obtain storage, compute, database, and content delivery services to support its distribution of image, video and ad content.

Many retailers leverage Twitter as a promotional platform. Recent analysis by StatSocial indicates that Twitter users spend the second-most on holiday gifts and shopping among users of major social networks, only trailing Pinterest.

Under the new agreement, Twitter and AWS will create an architecture designed to extend Twitter’s on-premises infrastructure to enable the social media giant to seamlessly run and scale its real-time service globally, increase its reliability using AWS’s fault-tolerant infrastructure, and rapidly move new features into production around the world.

Twitter will utilize AWS Graviton2-based instances on Amazon Elastic Compute Cloud (Amazon EC2) to power its cloud-based workloads, and use AWS container services to develop and deploy new features and applications consistently across its hybrid infrastructure. In addition, Twitter will continue to use AWS services such as the Amazon CloudFront fast content delivery network service and Amazon DynamoDB key-value database.

“We are excited to work with AWS to expand the infrastructure Twitter uses to serve the public conversation as we grow globally,” said Parag Agrawal, CTO, Twitter. “The collaboration with AWS will improve performance for people who use Twitter by enabling us to serve tweets from data centers closer to our customers at the same time as we leverage the Arm-based architecture of AWS Graviton2 instances. In addition to helping us scale our infrastructure, this work with AWS enables us to ship features faster as we apply AWS’s diverse and growing portfolio of services.”

“Twitter’s decision to rely on AWS infrastructure and services for its real-time workloads will help them instantly scale their global footprint up and down without ever compromising the experience for people who use Twitter,” said Matt Garman, VP, sales and marketing at AWS. “By using AWS container services to create a seamless hybrid on-premises and cloud environment, Twitter can innovate and deliver new experiences quickly and cost-effectively.” 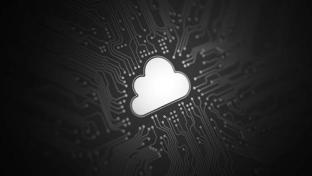 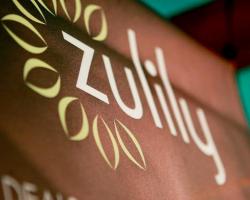