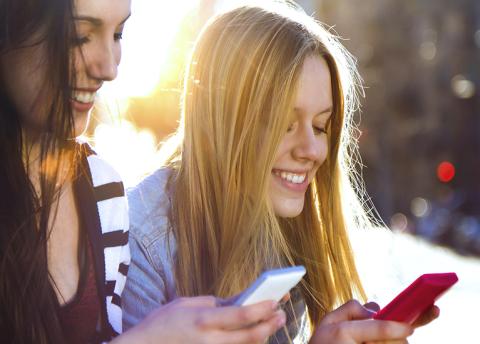 The nation’s teenagers aren’t letting their increased concerns about economic uncertainty and the war in Ukraine put a damper on their spending.

Teen spending increased 9% year-over-year, according to Piper Sandler Companies’ 43rd annual semi-annual “Taking Stock With Teens” survey (in partnership with DECA). Females continue to lead the growth, not only in fashion spending (with clothing up 15% and footwear up 16%0, but also in the shift to digital with 95% of upper-income females shopping online versus 91% of males.

The survey, conducted from February 16 to March 22, highlights spending trends and brand preferences from 7,100 teens across 44 U.S. states with an average age of 16.2 years.Teens said they plan to spend about $2,367 this year, for an estimated overall total of roughly $66 billion. That’s up from 4% in Piper Sandler’s fall survey (and, as noted above, up 9% from the company’s spring 2021 report).

The survey found that teenagers are concerned about the economy, with 71% saying they believe the U.S. economy is getting worse, up from 56% last fall, and 46% last spring. Russia’s invasion of Ukraine ranked as their top (13%) political or social issue, followed by racial equality (10%) and gas prices (10%). Notably, the COVID pandemic was not among the top 10 concerns. It ranked fourth in the fall survey.

Nike remained teens’ No. 1 favored clothing brand, according to the survey, for the 11th consecutive year. It was followed by American Eagle Outfitters, with Lululemon, H&M and Adidas rounding out the top five.

The survey found that, within apparel, athletic is still the dominant trend with Nike and lululemon taking new highs. Athletic brands mindshare accounted for 44% of teens’ favorite apparel brands – the most ever in a Piper Sandler survey, the company noted.

Nike also reigns supreme in footwear, with Converse taking the No. 2

Amazon ranked as teens’ favorite website to shop overall by a wide margin. It was followed by Shein, Nike, PacSun and Lululemon.

Ulta remained the No. 1 preferred beauty destination with 48% mindshare, while Sephora remained at No. 2. e.l.f. rose to the No. 1 preferred makeup brand for all teens for the first time, displacing Maybelline. The core beauty wallet (cosmetics, skincare, fragrance) stood at $264/year, up 10% year-over-year.

Chick-Fil-A ranked as the teen No. 1 restaurant, followed by Starbucks and Chipotle.

Other key findings from Piper Sandler’s spring report are below.

• TikTok surpasses Snapchat as the No. 1 (33%) favorite social media platform, followed by Snapchat (31%); Instagram loses share as the No. 3 player.

• Forty-eight percent of teens are either unsure or not interested in the Metaverse.

• For payment apps, Apple Pay ranked first, partly due to 87% of teens in the survey saying they have an iPhone.

• Cash is the most penetrated payment method, with 89% teens saying they used cash in the past month vs 83% last year.