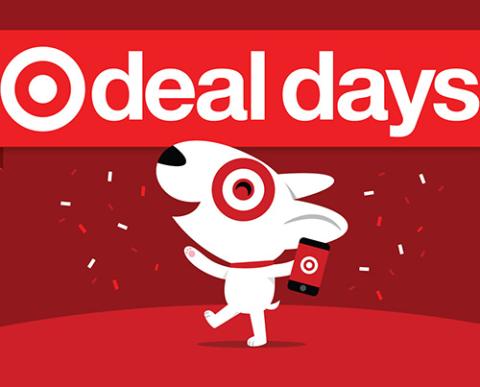 Competing with Amazon Prime Day paid off for Target.

According to the discount giant, sales during its 48-hour Deal Days promotion, which was held the same two days as Amazon Prime Day – Oct. 13-14, grew by more than 2.5 times compared to its 2019 Deal Days event. The retailer said customers saved millions of dollars on items in categories including electronics, toys, beauty, and home.

For the first time, all discounts spanned the entire two-day extravaganza. And more discounts will arrive soon, as Target announced it will offer Black Friday deals throughout the entire month of November.

Target did not offer specific metrics about its sales performance during Deal Days (Amazon also does not typically release complete Prime Day results). However, according to general Salesforce analysis of non-Amazon retailers who ran online sales events competing with Prime Day, on Tuesday, Oct. 13, non-Amazon sites in the U.S. saw a 51% increase in online traffic compared with the first day of the 48-hour event in 2019. Traffic was also up 17% compared with the Tuesday before Prime Day 2020.

“As we kicked off the holiday season with Target Deal Days, guests shopped deals on thousands of items, making this our biggest and most successful Target Deal Days ever,” said Christina Hennington, executive VP and chief merchandising officer, Target. “In addition to guests saving millions of dollars on some of the season’s hottest items, their use of our contactless same-day services nearly quadrupled, allowing them to receive their purchases in as soon as an hour, with no membership fees required.”