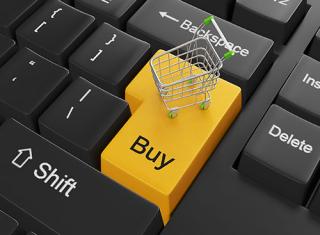 According to a July 2022 U.S. News & World Report survey of roughly 2,000 U.S. adult consumers, 76% of respondents have searched for digital coupons while grocery shopping. Close to six in 10 (58%) look for coupons at least once per week.

While fewer shoppers are following coupon accounts on Instagram (15%) and TikTok (12%), the popularity of those accounts will likely increase as those platforms continue to grow.

Of respondents who follow couponing blogs and social media accounts, 87% have used advice from those sources. The survey also indicates that one-quarter of respondents look for coupons at least once per month.

Looking at specific types of online discounts consumers can take advantage of, the survey found that are two-thirds (67%) of respondents use online promotional codes, followed by buy one, get one (BOGO) deals (58%), free-shipping coupons (54%), and rebate offers (40%).

The survey also highlights the frequent consumer use of apps and online tools to save money. Forty-four percent of respondents use coupon sites, apps, and/or browser extensions regularly. More than half (54%) of respondents use gas comparison websites or apps, with another 25% planning to do so.

Nine in 10 (91%) respondents who use these apps and tools have saved money, and three-quarters (76%) have installed at least one money saving or coupon browser extension.

Seven in 10 (72%) respondents plan to spend under $500 on gifts this holiday season, while 52% plan to spend less on gifts than during the 2021 holidays. Slightly more than half (51%) of respondents definitely plan to use online coupon sites, apps, and/or browser extensions to assist their 2022 holiday shopping, and another 24% probably plan to do so.

Another recent survey indicates that consumers who shifted to digital in record numbers during the pandemic are now transacting online less frequently and changing their behavior in a wide variety of ways in light of inflation.

According to the 2022 edition of the Digital Experience Consumer Survey from digital intelligence technology provider FullStory. 64% of surveyed U.S. consumers report that they have cut back on purchases, and 51% are researching online more carefully before they buy.

More than half of FullStory survey respondents (55%) have experienced a digital issue or glitch in the past six months, and 75% are likely to abandon a transaction when they encounter a digital experience issue.