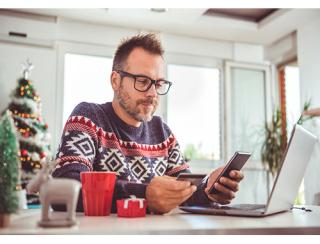 Consumers are willing to hold back spending online to wait for holiday deals.

According to a survey of 1,000 U.S. consumers conducted by e-commerce performance analytics company Profitero, nearly half (45%) of respondents plan to start their holiday shopping before November. One-quarter (25%) have already started as of September, while 20% plan to start in October, 27% say they’ll start in November and 11% will hold out until December. Another 18% of shoppers are up for grabs, either not sure when they’ll shop or not planning to do holiday shopping at all this year.

However, when it comes to spending online for the holidays many respondents plan on waiting for the highly promotional Cyber Five weekend (which starts on Thanksgiving and goes through Cyber Monday) or later to get last-minute deals. Almost six in 10 (57%) of U.S. consumers plan to spend the most on online holiday shopping during November and December.