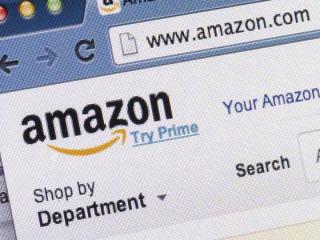 New analysis reveals that a majority of shopper journeys begin on Amazon, regardless of where they end.

According to the “Amazon Advertising Report” from online selling platform Jungle Scout, 74% of U.S. consumers begin their product searches on the Amazon.com site. More than half (56%) of consumers say that if they were only able to buy products from a single store, it would be Amazon. In other good news for Amazon (and online retail in general), close to four in 10 (37%) U.S. consumers say that while overall spending may be lower than normal, their online spending has been increasing.

Analyzing Amazon's ad revenue growth, JungleScout finds it is accelerating. In the fourth quarter of 2020, Amazon's ad revenue reached $7.95 billion, up 66% over the previous year. Three-quarters of third-party sellers on Amazon use at least one type of Amazon pay-per-click (PPC) advertising, while one-third (34%) plan to spend more on strategic advertising than in past years.

In addition, the study uncovers that Amazon ad spend is shifting from sponsored product ads to sponsored display and brand ads, which see an increased ROI.

"Advertising has become an imperative aspect of running a business on Amazon," said Connor Folley, VP of Jungle Scout and co-founder of Amazon advertising analytics platform Downstream. "Amazon makes it much easier to attribute a company's advertising spend to actual conversions — easier than other large advertisers, such as Facebook or Google. Additionally, brands on Amazon can take advantage of the rising popularity of Amazon as a product search engine in order to get more eyes on their products."

Findings in the Amazon Advertising Report are based on Jungle Scout's e-commerce data collected between March 2018 and February 2021 across 14 global marketplaces. It references 3,500 distinct products/brands and 560,000 unique Amazon advertising campaigns across all key ad media.