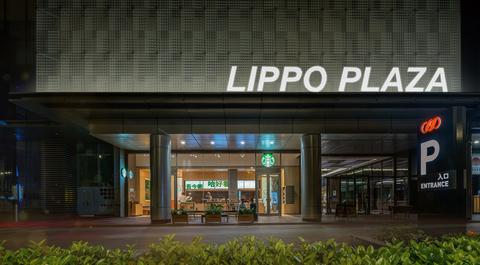 Starbucks' newest store in China is at Lippo Plaza, in Shanghai.

Starbucks is celebrating two milestones in its largest market outside of the United States.

On September 30, the coffee giant will open  its 6,000th store in China, at Shanghai’s Lippo Plaza, where the company opened its first store in Shanghai more than 20 years ago. The new store is Starbucks 1,000th in Shanghai — making it the first city in the world to pass the milestone.

Starbucks is still in the early chapters of its expansion in China. In what it called its “next era of accelerated growth,” the company said it expects to operate 9,000 stores across 300 cities in China by 2025, opening one store nearly every nine hours in China for the next three years.

In addition, Starbucks  will accelerate the rollout of its “greener   stores” framework in China with a plan to operate 2,500 greener stores by fiscal year 2025.

From the store’s mall entrance, customers are greeted by a mug wall made up of a vast collection of Starbucks signature city mugs launched over the years.

Beyond its contemporary design, the evolution of Starbucks stores is also reflected in the new store’s back-of-house operations, which features digital technologies designed to improve the employee experience and elevate store efficiency. The use of Internet of Things (IoT) sensors and automation tools have dramatically simplified routine stocktaking tasks, enabling employees to focus on coffee-making and customer connection.

Big data and machine learning algorithms have also been deployed to optimize inventory ordering and labor scheduling. The technologies have been scaled to all stores in operation market-wide, as the company continues to advance its digital transformation agenda.

From design to construction and operations, the new Starbucks incorporates sustainability solutions to achieve reductions in carbon, water and waste, including the use of smart energy-efficient solutions for air conditioning, lighting, water usage and daily energy consumption. The aprons worn by employees are  made from recycled Starbucks cups using advanced plastic-to-textile technologies.