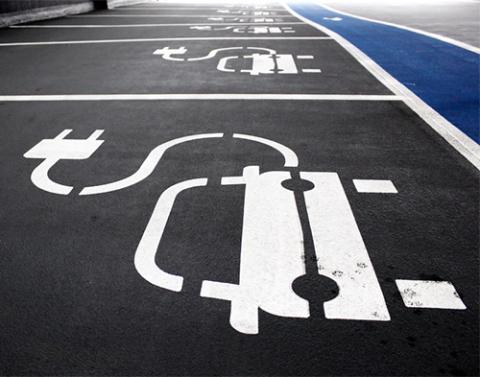 Offering customers electric vehicle (EV) charging stations is a way retailers can get involved in the renewable energy wave of the future – today.

At Chain Store Age’s recent 58th annual SPECS physical retail conference, a dedicated session provided attendees with insight into how locating EV charging stations at your stores can get you ahead of what is destined to be a sharp adoption curve for renewable energy. Following are highlights.

Garneau also advised that not all EV chargers are created equal.

“We’re at the same point with EV chargers where we were with wind turbines in the 1970s and 1980s,” he said. “Faster chargers are more expensive.”

Sheehan explained how the New Hampshire state government is looking to partner with retailers and other private businesses to further deployments of EV chargers.

“The New Hampshire Department of Transportation can only install EV charging units on turnpikes, because they predate interstates,” she said. “We are prohibited from generating revenue on our other roadways. We need the private sector involved to create a holistic network that truly meets the public’s needs.”

And the public need will soon rise substantially, according to facts cited by Sheehan.

“Ford will spend $22 billion through 2025 on plug-in hybrids or battery electric vehicles,” she stated. “Eighty percent of charging today is done at home, but it’s expensive. It becomes problematic for many customers.”

“They are very different from energy efficiency rebates,” he said. “The five main sources are utilities, city, county, state and federal. Main rebate categories are fixed dollar amounts for the EV charging equipment and ‘make ready’ rebates for electric infrastructure.”

According to Enthoven, availability of EV charger rebates varies widely by geographic region.

“New England has a wall of rebates,” he said. “California air quality districts will give money. Twenty-two states have statewide EV rebate projects.”

Editor’s Note: Read more about how Walgreens helped launch the nation’s first privately funded and comprehensive electric vehicle charging network with an initial station at a Dallas store in 2011.

Believe in ‘Magic’
I would like to close this week’s column with a brief mention of opening SPECS 2022 keynote speaker, NBA legend and retail entrepreneur Earvin “Magic” Johnson. Johnson, who has achieved as much or even more success as a developer of retail and entertainment properties in urban areas as he has as a player on the basketball court, engaged the audience throughout his session with high-fives, chest bumps and selfies.

"I'm about winning. I hate to lose,” Johnson told the crowd. He then explained in detail how he has ensured success both in basketball in business by putting in the effort to “get it right,” regardless of how much preparation it may take. A good lesson to apply to renewable energy, or any other technology or corporate initiative.