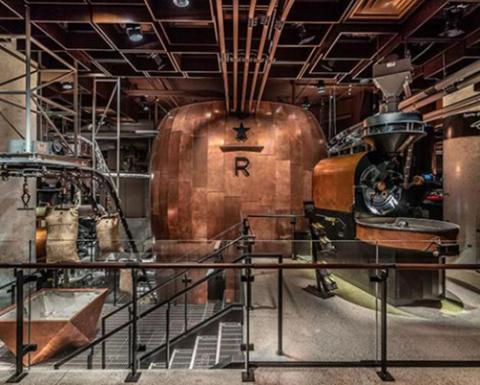 Baristas at the Starbucks Reserve Roastery store in New York City are unionizing.

The arrival of a familiar face as interim CEO is not dampening enthusiasm for unionization at corporate Starbucks stores.

According to CNBC, baristas at the company-owned Starbucks Reserve Roastery store in New York City have voted to form a union under Workers United, an affiliate of the Service Employees International Union (SEIU). The Reserve Roastery format features premium small-batch roasting coffees and an upscale store design.

Baristas at the New York Reserve Roastery location voted 46-34 in favor of organizing, with a planned unionization vote by manufacturing employees at least temporarily halted by the union organizers. On March 23, employees at a Seattle Starbucks store unanimously voted to form a union under the umbrella of Workers United. In total, seven other Starbucks stores have also voted in favor of joining Starbucks Workers United – five locations in Buffalo, N.Y. and two in Mesa, Ariz. One store in Buffalo has voted against unionizing, and union votes are still being tallied at a corporate store in Knoxville, Tenn.

The ballots will need to be certified by the National Labor Relations Board (NLRB)'s regional director, which may take a week. Then the union will have to negotiate a contract with Starbucks.

The union has also filed to hold additional elections at more than 150 company-owned Starbucks stores across 26 states, including another six Seattle stores.

The total number of Starbucks stores where union activity is occurring represents a very small percentage of the coffee giant’s nearly 9,000 locations.

New interim CEO enters the mix
All this is happening as Howard Schultz, the founder and former CEO of Starbucks, is returning to the company as interim CEO effective Monday, April 4, and is also rejoining the Starbucks board. Schultz, who will be compensated $1 for his work, will also assist the company with its search for a new CEO and help onboard the new leader.

Schultz has been widely regarded as one of the nation’s most politically outspoken and high-profile executives. In previous years, he took very public and progressive stands on such issues as gun control, gay rights and student debt. In 2016, there was public speculation he would run for political office after the election of Donald Trump, but it never came to pass.

However, according to CNBC, Starbucks sent top executives and Schultz (at the time not serving the company in any official capacity) to three Buffalo stores that were holding unionization votes, which resulted in workers filing a federal labor charge accusing Starbucks of illegal anti-union activity. Starbucks denies these allegations.

On March 15, Starbucks received a letter from a coalition of more than 75 shareholders, including  Trillium Asset Management, urging the chain to make changes in how it deals with growing unionization efforts. In the letter, the shareholders cited growing public support for unions and recommended that Starbucks stop anti-union communications with employees and commit to negotiating with unions in good faith.

Amazon faces union votes
Another Tier I retailer, Amazon, is also dealing with unionization efforts. Employees at Amazon’s warehouse in the Staten Island borough of New York City voted to organize under the independent Amazon Labor Union on April 1.

In February 2022, the NLRB mailed ballots for rerun of a union election for employees of an Amazon warehouse in Bessemer, Ala. During the initial vote held in April 2021, employees voted against joining the Retail, Wholesale and Department Store Union, but the union has filed a legal challenge to the election and made charges of unfair labor practices against Amazon.