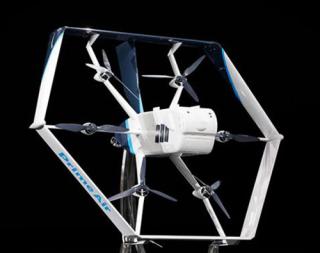 According to CNBC, the Federal Aviation Administration (FAA) has granted Amazon approval to use Prime Air drones to “safely and efficiently deliver packages to customers.” Under Part 135 of FAA regulations, Amazon will be able to make deliveries of small packages via drones beyond the operator’s visual line of sight.

UPS was the first company to receive federal certification to operate a drone airline throughout the country, in October 2019. This means that in cooperation with the Federal Aviation Administration (FAA), UPS can operate drones and make drone-based deliveries out of the line of operator sight and at nighttime, across the U.S.

In addition, Google subsidiary Wing has partial Part 135 certification to operate drones in Christianburg, Va. In October 2019, Wing launched the first-ever pilot of on-demand retail drone delivery in the U.S. with Walgreens and FedEx in Christianburg.

In June 2019, Amazon debuted the Prime Air drone at its re:MARS conference (Machine Learning, Automation, Robotics and Space) in Las Vegas. The new drone features a hybrid design, meaning it can perform vertical takeoffs and landings like a helicopter.

However, the drone can also shift to an airplane mode once it is in the air for efficient, aerodynamic flight. Furthermore, artificial intelligence (AI) technology enables the drone to independently react to changes in its flight environment. Amazon intends the new drones to fly up to 15 miles and deliver packages under five pounds to customers in less than 30 minutes.

“This certification is an important step forward for Prime Air and indicates the FAA’s confidence in Amazon’s operating and safety procedures for an autonomous drone delivery service that will one day deliver packages to our customers around the world,” David Carbon, VP of Prime Air, said in a statement. “We will continue to develop and refine our technology to fully integrate delivery drones into the airspace, and work closely with the FAA and other regulators around the world to realize our vision of 30-minute delivery.”