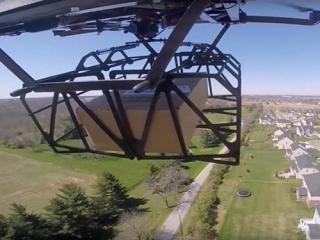 UPS reportedly has reached an historic milestone in drone delivery.

According to Business Insider, UPS is the first company to receive certification from the U.S. Department of Transportation to operate a drone airline throughout the country. This means that in cooperation with the Federal Aviation Administration (FAA), UPS can operate drones and make drone-based deliveries out of the line of operator sight and at nighttime, across the U.S.

Currently, UPS is using drones to make healthcare deliveries at a large hospital in Raleigh, North Carolina. Due to weight restrictions of the drones it is currently using, UPS will initially focus on expanding drone delivery services to other hospitals. However, a UPS executive told Business Insider the delivery company will be examining the cost viability of eventually expanding its use of drones to other industries.