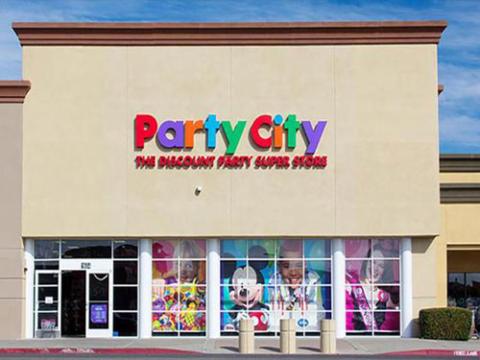 Party City is ready for one of its most important selling events — Halloween.

The party goods retailer plans to open 80 to 100 seasonal Halloween stores this year, compared to only 25 in 2020, when celebrations were drastically scaled back due to the pandemic. By comparison, Party City had about 250 Halloween pop-ups in 2019.

“We have new merchandising and store teams that had built over the last 18 months that … are executing well leading up to Halloween and excited to get going with this really fun and important season,” Party City CEO Brad Weston said on the chain’s second-quarter earnings call.

Weston added that the chain is ready for any level of Halloween demand, but that this is still a “volatile and dynamic time.”

“Our wholesale outlook relative to Halloween is stable, consistent, and it looks like everybody is sort of feeling the same as we'll have to see what consumer participation is in Halloween,” he said.

Party City is also moving forward with its next-gen store remodeling program. It remodeled 16 stores in the second quarter, bringing its total to 57 to date. The prototype includes a more curated assortment, lower shelf heights, better signage and a shopping format that allows the store to carry roughly $100,000 less in inventory while still generating higher sales.

“We plan to have 41 additional next-gen stores by the end of 2021, including 23 new store openings in Q3, bringing our expected year in total to 98,” Weston said on the call.

Weston added that, as the chain continues to innovate and refine the next-gen prototype, its remodeled stores are averaging a sales percentage increase of mid-single digits compared to their control stores.

“Our current performance capital spend is approximately $250,000 for a remodeled store, and it is only $150,000 after tenant improvement allowances,” Weston said. “Even when assumptions vary from the norm, we generally get a payback period for each store of less than three years.”

Based on the continued strength in its next-gen store performance lift, Party City remains committed to an aggressive rollout plan in 2022 and beyond.

“Our continued desire is to upgrade the majority of the chain over the next several years,” Weston said. “So we'll be as aggressive as we can.

Party City reported total revenues of $535.7 million for the quarter ended June 30, an increase of 110.4% compared to the second quarter 2020 driven by a strong rebound of retail sales, partially offset by the divestiture of a significant portion of our international operations in the first quarter of 2021. Total retail sales increased 138.9%. Comparable sales increased 118.3% over the year-ago period and were up 19.1% compared to the second quarter of   2019.

“The quarter was highlighted by robust trends at retail with the recovery at wholesale underway, as expected,” stated Weston in a release. “The strength in performance was broad-based, particularly across our core everyday business, along with improved results in our seasonal categories.”