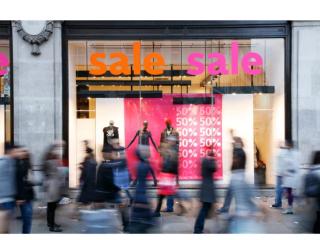 Sales are a constant feature for most stores – they draw customers, create a sense of urgency, and help move items off the shelves to make room for new products. But consistently offering sales can lead to trouble for retailers when consumers claim that the sale wasn’t “real” and duped the consumer into purchasing the item in question.

Over the last few years, one of the hotter areas for consumer class actions has been so-called “fictitious pricing” cases. In these cases, primarily brought in California, plaintiffs claim that “sales” and “discounts” offered by retailers are actually no such thing. Rather, such sales and discounts are fictitious because they are perpetual. In short, plaintiffs claim 40% off is not 40% off because the item has never been sold at 100%.

This claim has led to numerous lawsuits across the country, often resulting in multi-million dollar settlements. This article will explore what fictitious pricing cases generally look like, what kind of risk they can present, and how that risk can be mitigated through thoughtful marketing and advertising practices.

What does a fictitious pricing lawsuit look like?
While there can be many twists and turns in a fictitious pricing lawsuit, the broad strokes are often similar. For example, in a case against J.C. Penney in California federal court (Spann v. J.C. Penney) a plaintiff alleged she purchased some $200 in branded apparel and accessories. While purchasing the items, she claimed she saw advertised price comparisons showing an “original price” versus a “sale price,” making her believe she was paying significantly less than what the actual product was worth.

The plaintiff claimed that these “original prices” were misleading because the products had never actually been sold for that amount and claimed that had she not believed she was getting such a good deal, she would not have purchased the products. The plaintiff then brought a class action on behalf of other California customers who purchased branded apparel and accessories. After a great deal of money and time spent litigating the case, the matter ultimately settled for $50 million.

This fact pattern is common: a plaintiff purchases a good on sale, the plaintiff’s attorney conducts research indicating the good has been on sale for an extended period of time, and the plaintiff sues claiming that the good, or all goods, are perpetually on sale. This never-ending sale, plaintiffs contend, deceive consumers into purchasing goods they would not otherwise purchase.

What are the risks?
The J.C. Penney settlement is not an outlier. There have been other, similar cases that have resulted in large settlements: Tween Brands Inc. and the Ascena Retail Group settled a similar suit for $50.8 million while Burlington Coat Factory settled one for over $25 million.

Even the sum of the smaller settlements are in the multimillions: Ross settled a case for $4.8 million, Ann Taylor settled one for $6.1 million, and Overstock.com was assessed a $6.8 million penalty and given restrictions on its price advertising going forward. The defendants in those cases also likely incurred at least hundreds of thousands of dollars in attorneys’ fees, not to mention problematic media exposure that can arise from such lawsuits.

How to lower the risks?
Generally, the number one way to lower the risk of being sued for fictitious pricing is to ensure that sales are spaced out enough to lower the chance a court determines they are misleading. Still, how much time off between sales is enough? Unfortunately, there is no silver bullet to completely mitigate the risk associated with sales, outside of the untenable solution of stopping sales altogether. This is because there is no one overarching standard that provides clear guidance across all 50 states.

The Federal Trade Commission has a guide which states that when a seller puts an item on sale, it must have been “offered to the public on a regular basis for a reasonably substantial period of time.” Additionally, it must have been offered in the “recent, regular course of . . . business, honestly and in good faith” at the non-sale price. This “reasonably substantial period of time” standard has been incorporated into several states’ requirements, including Illinois and Virginia.

But the FTC guide does not explicitly state what a “reasonably substantial period of time” is. Nor does it specify whether that reasonably substantial period of time must be consecutive, or whether it could be spread out. And some states have their own requirements – for example, Connecticut requires the on-sale good to have been “actually offered for sale by the seller for at least four weeks during the last ninety days immediately preceding the date on which the price comparison is stated in the advertisement.” Massachusetts has a similar regulation.

Ultimately, any company that has frequent sales should work with its marketing department and legal counsel to put together a comprehensive plan which ensures sales are spaced out enough to avoid being labeled as perpetual. Legal counsel can assist the company in assessing risk based on what kind of sales it is planning, and in which state those sales will run. There will almost always be some level of risk, but working with an attorney experienced in advertising law, and making sure the marketing team is on the same page, can greatly reduce that risk.