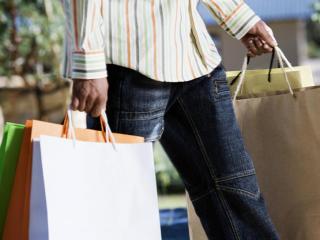 Impulse buying is alive and well in the United States.

A new report from CreditCards.com finds that 84% of Americans say they have made an impulse buy at some point, with 77% having made one in the past three months.

And even in a digital age, the store still reigns supreme when it comes to of-the-moment purchases. Seventy-nine percent of respondents say they made most of their impulse purchases in a store, and only 6% made the most spontaneous buys on a smartphone or tablet.

While most of the splurges are inexpensive, 54% of poll respondents say they have spent $100 or more on an impulse buy and another 20% said they've spent at least $1,000 on impulse.

• Impulse buys are most often made to fulfill a selfish desire, with 47% of us buying for ourselves, but that's especially true for those in the young. Of those in the 18-29 age bracket, 61% said they made most impulse purchases for themselves. Consumers age 30-49 are the most likely to impulse-buy for a child; those 65-plus are the most likely to buy for a spouse or significant other.

• Big earners are big impulse spenders: One-third of consumers who make more than $75,000 a year have made an impulse purchase of $1,000 or more.