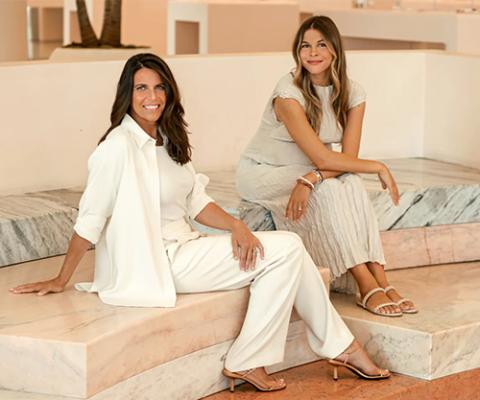 The founder of Glossier has stepped down from her role as chief executive.

In a company blog post, Emily Weiss said that she has handed the reins over to Kyle Leahy, who joined Glossier in November 2021 as its first chief commercial officer. Leahy is a veteran of Nike, Cole Haan and American Express. Weiss will remain executive chair of the board.

“Every year I reflect on Glossier, and specifically, the ever-evolving role of the CEO in our young company’s lifecycle,” Weiss wrote in her post. “I check in and ask myself the same question: Am I the best person to lead the company, for where we are and where we’re headed? And if not, who is? This year, as has often been the case with some of our proudest and most pivotal moments at Glossier, a person inspired a new direction: her name is Kyle Leahy, and I’m thrilled to announce that she’s stepping up into the CEO role.”

The change in leadership comes after Glossier let go more than 80 employees —about a third of its corporate staff in January 2022. Many were technology workers. In an email, Weiss told staff that certain projects had “distracted” the executive team from the “laser-focus” needed during the uncertainty of the pandemic.

Glossier closed its handful of physical stores during the pandemic. In April 2021, the company announced it was returning to physical retail. It has since opened several locations including, most recently, in Miami. The company plans to open a New York flagship early next year.

Going forward, Weiss said she will be able to focus more of her time as she did in the earlier days— “supporting our brilliant leaders of creative, brand, product and retail, as they take our customer experience innovation to new heights.”