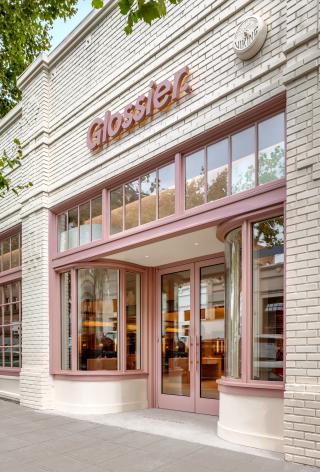 Glossier is returning to physical retail.

The hot digital-first beauty brand will open a store in the Capitol Hill neighborhood of Seattle on Friday, August 20. It will be followed by a Los Angeles location in the fall, and one in London this winter.

Glossier previously had two permanent stores —  in New York and Los Angeles — that it permanently closed at the beginning of the pandemic. It also has operated temporary pop-ups in select cities.

In 2019, Glossier had one million visitors across all its retail locations. Its permanent stores had an average conversion rate of 50%, and the brand’s pop ups averaged 60%. The brand’s Seattle pop-up had the highest conversion rate of any of its physical outposts, at 70%.

The new location in Seattle is four times larger than the brand’s Seattle pop-up and is one of Glossier's biggest offline experiences to date. Designed by Glossier’s in-house creative team, the store celebrates the city’s natural landscape and innovative technology. It mixes "futuristic" and industrial elements, with "rolling moss hills, massive boulders and floral and mushroom details throughout the terrarium-like space,” the company said.