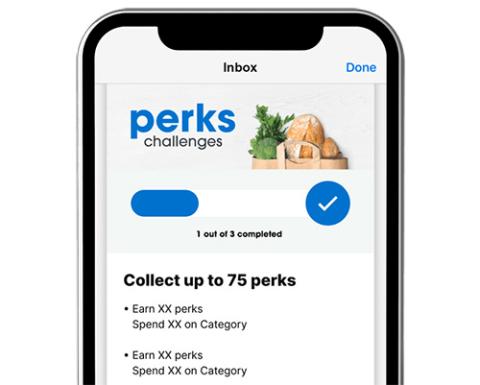 Giant Eagle is bringing its loyalty offering to new heights with initial rollout of a program called myPerks.

The regional supermarket chain is piloting myPerks in the Canton, Ohio market. myPerks provides a $1 reward for every 50 “perks” earned at the company’s Giant Eagle, Market District and GetGo banners. Customers are also able to earn perks during transactions when they are redeemed and will have the perks expiration period extended to at least 90 days.

According to Giant Eagle, myPerks is the first multi-tier loyalty program introduced by a major U.S. supermarket. Customers who earn 2,500 qualifying perks within a six-month earning period unlock the myPerks Pro tier, enabling them to earn 50% more perks on purchases including groceries, retailer gift cards, gasoline, and prescriptions.

Customers in the Canton area who activate a digital myPerks account with Giant Eagle will receive access to special savings events through the holidays, as well as a 5% discount on more than 3,500 Giant Eagle brand items purchased through the end of the year. In addition to piloting myPerks in Canton, Giant Eagle is also lowering everyday prices on more than 2,000 items across the store in that market, including packaged food staples.

“The myPerks program was born of our recognition that more and more families across our communities need additional value to help them through challenges faced by the pandemic,” said Giant Eagle spokesperson Dan Donovan. “By shifting to a ‘dollars off’ reward structure, we make it easier for our guests to redeem their rewards whenever it is most convenient for them.”

Giant Eagle has served the Canton, Ohio, community for more than 20 years. The retailer will gauge the popularity of myPerks among customers there in the coming weeks as it evaluates potential opportunities to introduce the program to additional markets it serves.