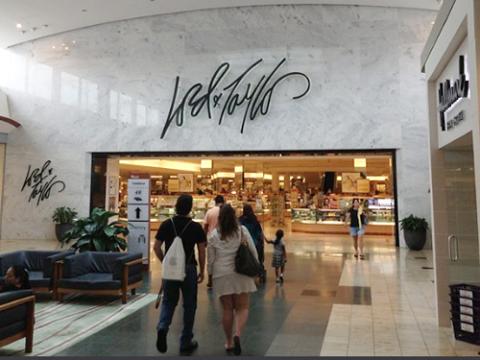 The country’s oldest department store retailer has joined the growing list of companies undone by COVID-19.

Lord & Taylor and its owner, fashion rental subscription company Le Tote, have filed for Chapter 11 bankruptcy protection. Le Tote plans to simultaneously solicit bids for a going concern sale of both its Le Tote and Lord & Taylor businesses, and "conduct targeted store closing sales to maximize the value of its business."  Store closing sales, led by a joint venture of Hilco Merchant Resources and Gordon Brothers, have already begun at 19 of Lord & Taylor's 38 locations (see list at end of article.)

On its website, Lord & Taylor, whose roots date back to 1826, said it is searching for a new owner “who believes in our legacy and values.”

“Part of our announcement also includes filing for Chapter 11 protection to overcome the unprecedented strain the COVID-19 pandemic has placed on our business,” the retailer stated.

The filing comes less than a year after Le Tote bought the long-struggling Lord & Taylor from Hudson's Bay Co. in an unusual $100 million deal.  Under the terms of the agreement, Le Tote acquired the Lord & Taylor brand and related intellectual property and assumed operations of its 38 stores, digital channels, and the associated inventory. HBS Global Properties, Hudson’s Bay’s real estate joint venture with Simon Properties Group, retained ownership of all the owned and ground-leased Lord & Taylor real estate assets

As of July 23, roughly 40 retailers, including such big names as J.C. Penney and Neiman Marcus Group, had filed for Chapter 11 bankruptcy so far this year, according to CNBC. Similar to Lord & Taylor, a good number of those companies were struggling pre-pandemic but were pushed to the brink as stores went dark.

A list of the 19 locations conducting store closing sales is below.