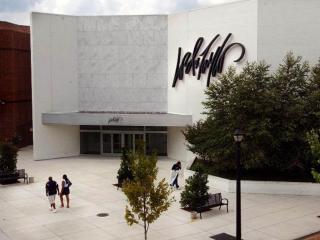 The nation's oldest department store company is being acquired by an apparel rental service that was founded some seven years ago.

Hudson’s Bay Company said it will sell Lord & Taylor to Le Tote for $100 million. The Canadian department store giant will be paid C$99.5 million (US$75 million) in cash after the deal closes and a secured promissory note of C$33.2 million (US$25 million) payable in cash after two years. In addition, Hudson’s Bay will receive an equity stake in Le Tote, two seats on its board and certain rights as a minority shareholder.

Under the terms of the agreement, Le Tote will acquire the Lord & Taylor brand and related intellectual property and assume operations of 38 Lord & Taylor stores, its digital channels, and the associated inventory. Le Tote expects to retain the majority of the brand's associates. The deal marks Le Tote's first venture into operating physical stores.

Hudson’s Bay and HBS Global Properties, the company’s real estate joint venture with Simon Properties Group, will retain ownership of all the owned and ground-leased real estate assets related to Lord & Taylor. For at least the initial three years, Hudson’s Bay will maintain economic responsibility for the rent payments owed by Lord & Taylor at the locations operated by Le Tote. Starting in 2021, Hudson’s Bay and Le Tote will have options to reassess the Lord & Taylor store network, which means the department store retailer could potentially convert some sites to different uses.

“We’re excited to have reached an agreement with Le Tote that creates a new model for Lord & Taylor, bringing together fashion rental subscriptions with traditional retail,” said Helena Foulkes, CEO, Hudson Bay’s. “Following an extensive review of strategic alternatives, Le Tote’s leadership and innovative approach is the best path forward for Lord & Taylor, its loyal customers and dedicated associates. For HBC, this transaction builds upon our previous bold actions, further enabling us to focus on our greatest opportunities, Saks Fifth Avenue and Hudson’s Bay.”

Founded in 2012, Le Tote is a fashion subscription service that lets women rent clothing and accessories for a flat monthly fee. Members choose the items they want to wear and can keep them as long as they like. They also have the option to purchase items at a discount

“Since founding Le Tote, it’s been our mission to push the boundaries of retail,” said Rakesh Tondon, founder and CEO, Le Tote. “We’re excited to bring Le Tote together with Lord & Taylor, a storied brand that has stood for quality, style and service for nearly two centuries. With this acquisition, we continue our journey in creating the future of retail.”

Le Tote, which is already promoting its new acquisition on its website, currently boasts an estimated $1 billion valuation that's expected to hit $2.3 billion by 2023 as the rental fashion industry grows, CNN notes.
Advertisement