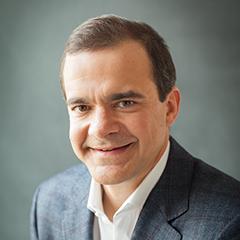 The individual who was widely seen as a potential successor to Amazon CEO Jeff Bezos should Bezos ever step down is leaving the company.

Jeff Wilke, CEO of Amazon’s worldwide consumer business, plans to retire from his position in the first quarter of 2021. The news was publicly announced in an 8K regulatory filing issued on Aug. 21. Dave Clark, who currently serves as senior VP of worldwide operations of Amazon, will succeed Wilke in his role.

In a corporate blog post, Wilke, 52, said he does not have a new job lined up, but it is “just time” to leave. He also said although he didn’t hire  Clark, he quickly recognized Clark’s “unique mix of raw intellect, systems thinking, sharp wit, and tons of leadership courage” and that Clark is now ready to lead Amazon’s worldwide consumer operation.

Wilke started his career with Amazon in 1999 and assumed the position of CEO of the worldwide consumer unit in 2013. He has long been seen as one of the closest executives to report to Bezos. In his post, Wilke discussed some of his proudest accomplishments at the online giant, including recent COVID-19 remediation https://chainstoreage.com/amazon-starts-developing-covid-19-test-employees efforts.

“COVID-19 has pulled me back to my roots in operations as I work with the teams building antigen testing capacity, which we'll deploy first to our front-line employees," he wrote. "I'm so proud of the dedication our people have shown as they pick, pack, ship, and deliver to hundreds of millions of customers around the world who depend on us. These employees deserve every ounce of our attention to ensure their safety, which is why we've spent so much time and money to keep them healthy and safe. This testing work is the latest example of our commitment to the people in our fulfillment centers.”

“Since Jeff joined the company, I have been lucky enough to have him as my tutor,” said Bezos. “I've learned so much from him, and I'm not the only one. He's been an incredible teacher to all of us. That form of leadership is so leveraged. When you see us taking care of customers, you can thank Jeff for it. And there's this important point: in tough moments and good ones, he's been just plain fun to work with. Never underestimate the importance of that. It makes a difference.”

In a February 2020 episode of the PBS investigative journalism series “Frontline” that focused on how Amazon is reshaping commerce, work and technology, Wilke defended the company’s treatment of workers and its commitment to safety. The episode featured claims of intense working conditions and pick and pack rates from former Amazon employees.

Wilke is currently scheduled to speak at the upcoming September “Amazon Accelerate” virtual event for SMBs.