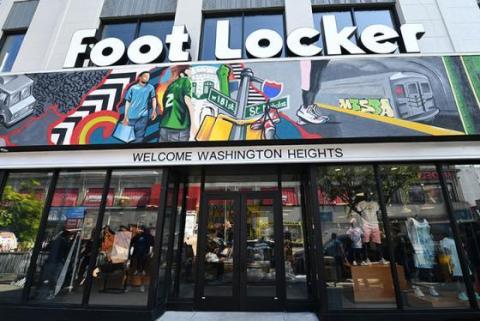 The athletic footwear and apparel retailer also made a series of executives moves, including naming a COO.  (Details at end of story.)

In a statement, Foot Locker CFO Page said he expects global supply chain constraints to persist throughout the fourth quarter. He added, "that said, we are positioned for the holiday season, with positive momentum and inventory levels ready to meet customer demand."

On the company's earnings call, Page said that global supply chain problems are keeping the company cautious on its full-year outlook.

“These impressive top and bottom-line results were against a robust back-to-school season from last year and in spite of the ongoing supply chain challenges,” said Richard Johnson, chairman and CEO. “On top of that, we successfully completed the acquisition of WSS in the third quarter, and subsequently closed the atmos transaction as well.”

As of October 30, the company's merchandise inventories, which included the addition of WSS, were 9.1% higher than at the end of the year-ago period.

"The combination of robust demand and fresh inventory, coupled with more full-priced selling, led to gross margin expansion of 380 basis points to 34.7%, from the 30.9% in the prior-year period," stated Page.

In a separate release, Foot Locker announced several executive moves "to advance its long-term global growth."  These include the creation of a new chief strategy, innovation, and development officer role to oversee corporate strategy, business innovation and corporate development.

In addition, 136 franchised Foot Locker stores were operating in the Middle East.