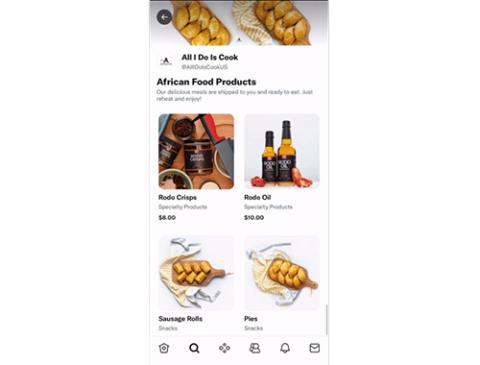 Elon Musk will likely continue development of features such as Twitter Shop.

Meet the likely new boss of Twitter, who may prove very different than the old bosses.

On April 25, high-profile billionaire Elon Musk rattled the world of social media when he entered into an agreement giving him the right to acquire Twitter. While the deal is still subject to a number of conditions, Elon Musk is the presumptive new owner of Twitter. How might this management shift affect Twitter’s presence in the still-nascent social commerce space? Here are a few possibilities.

Cryptocurrency central
Musk has alternatively been a champion and critic of cryptocurrency. He has affected the value of different cryptocurrencies by tweeting about their relative worth (or lack thereof). In February 2021, the Musk-owned Tesla electric vehicle manufacturer briefly accepted bitcoin as payment, then reversed position after public criticism of the negative impact bitcoin mining has on the environment.

Since January 2022, Tesla has accepted the cryptocurrency Dogecoin (which Musk once publicly dismissed as a “hustle” on a Saturday Night Live segment) as payment for cars. In an official tweet announcing his intentions for Twitter, Musk mentioned “authenticating humans” as one of his goals.

Into the metaverse
So far, Musk has not been active in development of metaverse retailing. However, he generally involves his companies in leading-edge technologies. Musk has also engaged in public feuding with Meta (formerly Facebook) CEO Mark Zuckerberg, one of the biggest proponents of metaverse commerce.

Meta is investing $10 billion during the next year to build the metaverse, a sophisticated digital world where consumers will use augmented and virtual reality technology to digitally engage with each other and their surroundings (including buying and selling things), with crossovers into the physical world.

With Musk sinking over $44 billion into Twitter, it is hard to imagine he would ignore a rapidly growing, profit-oriented trend such as metaverse commerce, or leave the field for one of his biggest business rivals to dominate. It is too soon to speculate exactly how Twitter could serve as a metaverse platform, but Musk has the money and technical resources to make it happen.

More of the same
Musk has not publicly discussed plans for any changes in Twitter’s e-commerce efforts. While Musk is a visionary, he is also a pragmatist. Whatever ventures he may make into more leading-edge areas of social commerce, he will probably also continue Twitter along its current trajectory as a developing online retail platform.

Recent social commerce efforts by Twitter include the beta test of a feature called Twitter Shop, which will allow retailers to curate a collection of up to 50 products to showcase to customers on their Twitter profile. Twitter’s current Shop Module, initially piloted in July 2021, allows retailers to showcase up to five products directly on their profile for seamless, in-app purchase.