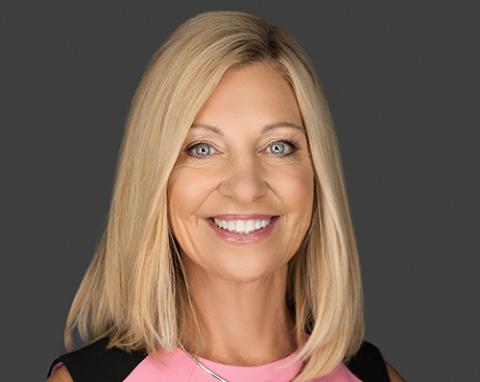 The ranks of women leading Fortune 500 companies is about to get a new member.

CVS Health Corp. named Karen S. Lynch, currently executive VP, CVS Health and president, Aetna, as president and CEO, effective February 1. With her appointment, CVS will be the largest company by revenue to be run by a female CEO. Lynch will be the 40th female chief executive on the Fortune 500 list.

Lynch will succeed CVS veteran Larry J. Merlo, who will step down as president and CEO on February 1, after joining the company as a pharmacist more than 40 years ago. Merlo has served as president and CEO for a decade. The news was announced as CVS reported better-than-expected third-quarter sales and earnings.

Lynch will also join the CVS board upon assuming her new role.  Merlo will continue to serve on the board until the company's annual shareholders meeting in May 2021. He will also remain as strategic advisor to assist with the transition until his retirement on May 31, 2021.

"This leadership transition comes at the right time for CVS Health,” Dorman stated. “This month marks the two year anniversary as one company, with our foundation clearly established and significant positive momentum across the company. As Larry has been transparent with us about his overall plans, we were able to put a thorough, multi-year process in place to consider and evaluate internal and external candidates. That process led to the selection of Karen Lynch. Larry's collaboration with Karen in the coming months will ensure an effective leadership transition."

Lynch has played a critical leadership role in CVS’ integration of Aetna. In her current role as executive VP, CVS Health and president, Aetna, and with eight years in total at Aetna, she is responsible for leading the company's strategy to deliver consumer-focused, high-value health care to the millions of people Aetna serves. Lynch also responsible for developing diversified enterprise health care solutions that leverage all of CVS Health's assets.

Prior to joining Aetna in 2012, she was president of Magellan Health Services, a diversified health services company, and held various senior executive positions at Cigna.