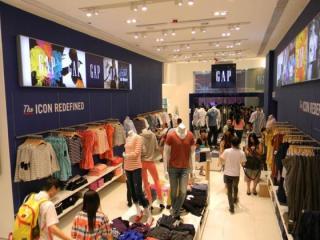 There is no real surprise from Gap’s third quarter figures: Sales are poor, profit is weak although marginally better than forecast, and the outlook remains gloomy.

Given the relative lack of effort from management on resolving the underlying issues plaguing the company, it would be unreasonable to expect a different outcome. However, there is some hope that the recent change in the CEO may result in a more aggressive pace of advancement.

The biggest problem within the company is the Gap brand. Here total sales within the US fell by 6.6% over the prior year, while global comparable sales fell by 7%. As much as Gap remains a sizable business, it continues to suffer from customer attrition as shoppers defect or reduce the amount they spend at Gap in favor of other retailers. The reason for this is relatively simple: assortments are dull, and every new season Gap churns out more of the same bland product rather than innovating and trying new things. This makes it very easy for consumers to overlook Gap.

It used to be the case that, in the absence of compelling ranges, Gap could use discounting as a mechanism to drive customer interest and footfall. However, over the past half year we have found that this has become far less effective. Part of this is down to the fact that discounting has become a lot more prevalent elsewhere in the market, which means shoppers have a lot more choice of stores they can visit to get discounted goods.

But part also is down to fatigue with Gap itself: offering 40% or 50% off may have once been eye-catching, but Gap has educated consumers to expect this to be offered as standard. Unfortunately, there is no real remedy to the discounting-drug other than for Gap to rebuild its proposition and give customers new reasons to buy.

While the Gap story is an old one, Old Navy’s recent slide from grace is a more interesting tale. Previously Old Navy had been motoring along nicely, posting consistently good sales results. However, last quarter U.S. sales shrunk and this quarter sales are flat. Admittedly, Old Navy has been lapping tough prior year comparatives, however, we believe there is more to the waning performance. Extensive discounting elsewhere in the market has been unhelpful, especially as it has pulled some more price-sensitive family shoppers away from Old Navy.

But the biggest reason for underperformance has been a series of missteps on assortments. Usually, Old Navy can be relied upon to produce good seasonal edits which reflect fashion trends. Over the past two seasons these have largely been absent, and the range has become tired and relatively bland. In a highly competitive environment this isn’t good enough to drive growth and it leaves Old Navy exposed to players like Target which has been making excellent progress in apparel. Unfortunately, question marks over the future of Old Navy are unhelpful when Gap Inc. is looking to spin the business off.

In a rare turn of events, Banana Republic is the star of the show with a 4.3% uplift in total sales in the U.S. Improvements to quality and some better pieces within the assortment have helped to lift conversion and basket sizes from existing customers. A continued recovery at the brand will be helpful to the group, not least because within the U.S. Banana’s sales are now only a fraction behind those of Gap – so it is able to make a more meaningful contribution to the top line.

Overall, Gap remains in a very weak position and the spin-off of Old Navy will do nothing to remedy this. The change of management provides the company with an opportunity to shift its mindset. Whether it grasps it remains to be seen.