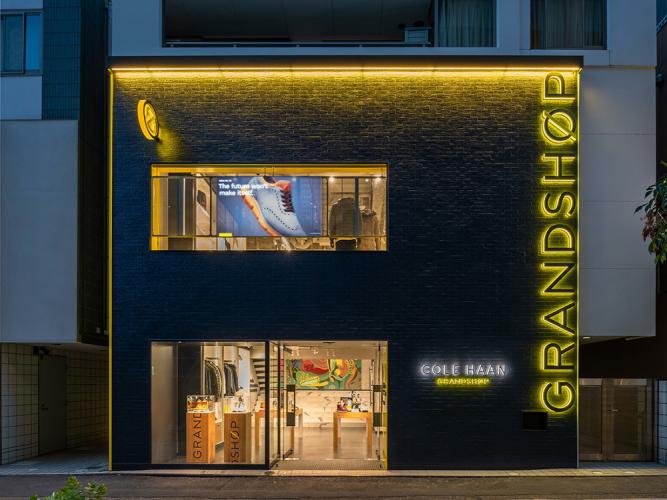 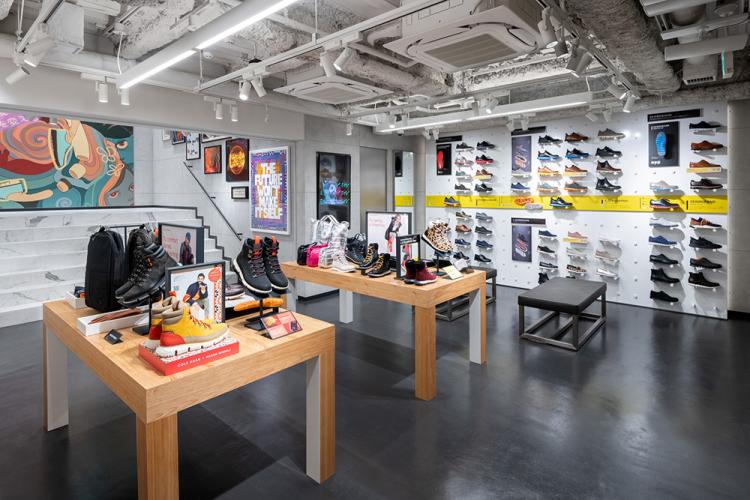 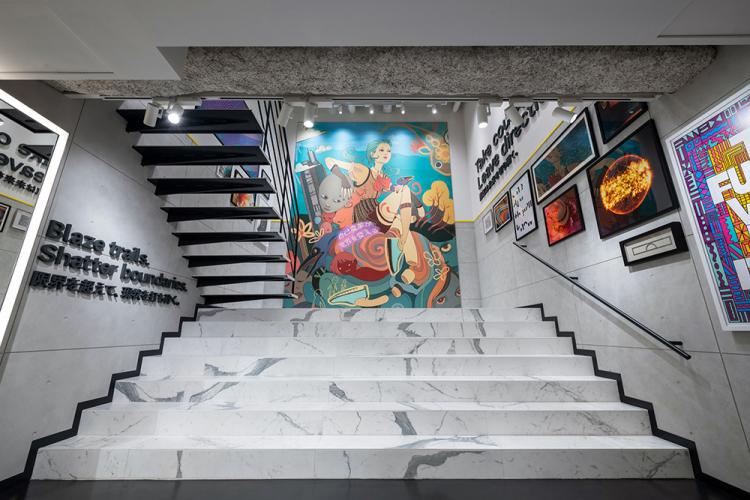 Cole Haan has brought its new tech-enabled store concept to one of Tokyo’s most fashion-forward shopping districts.

The retailer has opened its third Grandshop location, in the Harajuku district of Tokyo. The store is described as being “centered around human connection and enabled by technology,” and features curate footwear and performance lifestyle products.

“Japan holds a special place for the Cole Haan brand as we've been there for more than a quarter century,” said David Maddocks, brand president, Cole Haan. “It only made sense to bring our most innovative retail concept to one of the most iconic shopping destinations in the world—Harajuku district's Cat Street in the heart of Tokyo.

From its sleek facade and "Find your future here” exterior signage, Grandshop is designed to immerse and inspire. The interior offers a highly curated experience emphasizing art, inspiration and connection. Numerous quotes dot the space (in English and Japanese), such as "Take courage. Leave directions," from Cole Haan's recent #WriteNewRules campaign.

Behind a stone staircase, a double-height wall anchors the back of the store, which will serve as a canvas for emerging artists.

The two-level store has numerous high-tech flourishes, including a second-floor window integrated with a transparent LED screen that illuminates the street at night, and LED screens that highlight Cole Haan innovations. The use of QR codes throughout the store create an interactive shopping experience that allows shoppers to access style and purchasing information.

In addition, the location boasts a selfie station with an illuminated mirror that directs visitors to, "Blaze trails. Shatter boundaries." 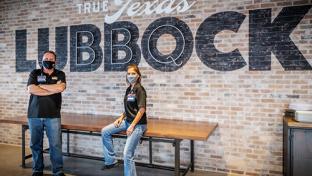 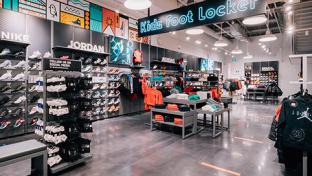 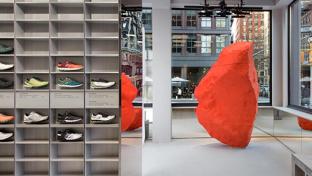 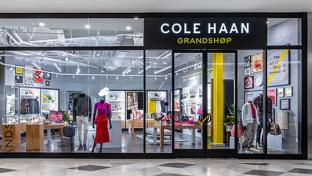