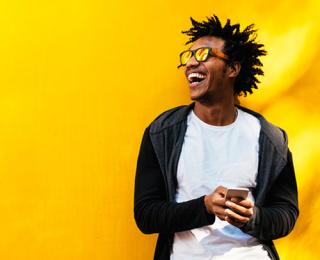 Younger consumers are driving the use of flexible payments.

More than forty-five million (45.1) U.S consumers (ages 14 and older) will use a buy-now-pay-later (BNPL) platform this year, up 81.2% over last year, according to eMarketer. This represents more than one-fifth (21.5%) of digital buyers in the United States. By 2025, the figure will grow to more than one-third.

Younger consumers are driving adoption of flexible payments, eMarketer said. Millennials account for 42.7% of BNPL,  followed by Gen Zers, which account for 30.3%.

The top players in the space are Klarna, Afterpay, and Affirm. Klarna leads with 48.6% of BNPL users, followed by Afterpay with 28.1% and Affirm with 13.4%, according to eMarketer. (Klarna recently raised another $639 million, bringing its valuation to $45.6 billion. Based in Sweden, the company said its current valuation makes it “the highest-valued private fintech in Europe and the second-highest worldwide.”)

More and more retailers are offering shoppers flexible payments. In May, the e-commerce sites of Aéropostale, Nautica, Nine West and Brooks Brothers deployed the Klarna solution.

And earlier this month, BJ’s Wholesale Clubdeployed a  BNPL solution.

“The pandemic has accelerated the growth of the BNPL industry by offering consumers more flexibility and easier payment plans,” said Oscar Orozco, eMarketer forecasting director at Insider Intelligence. “BNPL solutions also provide an alternative to consumers who have reservations about credit cards with high interest rates. Merchants have increasingly adopted these services at the point-of-sale as a way to attract consumers, increase average order value, improve conversion rates, and drive sales.”