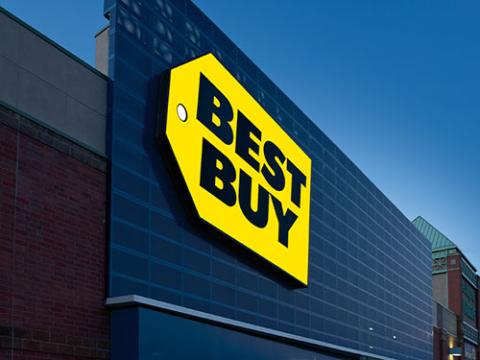 Best Buy is putting an early spin on Black Friday as it joins Target Corp. and Walmart in taking on Amazon Prime Day.

The consumer electronic retailer announced it will kick off Black Friday on Oct. 13 and 14 — the same two days as the Amazon sales extravaganza — with dozens of deals, including a 70-inch Samsung 4K Smart TV for  $529.99. The deal is such a good one, Best Buy said, that it will be on the front cover of its not-yet-released Black Friday ad. Other deals will include laptops starting at $119.99 and JBL Free True Wireless headphones at $69.99.

Amazon faces growing competition on Prime Day. Target will kick off the holiday season with the return of its Target Deal Days promotion, which this year will fall on the same two days as the Amazon event. And Walmart will host its annual “Big Save” promotion Oct. 11-15.

Best Buy said that if the price of one its deals goes lower before Black Friday, members of its rewards program will be automatically reimbursed the difference. The company noted that in addition to its assorted pickup options, shoppers can pick up their order at more than 16,000 alternate locations, including UPS and CVS locations.

The retailer, which has a number of in-store protocols in place to protect the health and safety of customers and employees, said it will continue to limit the number of customers allowed in stores at a time throughout the holiday season.

In addition, each store will have a dedicated customer experience host at the front of the store to help direct customers, answer questions and manage any lines.