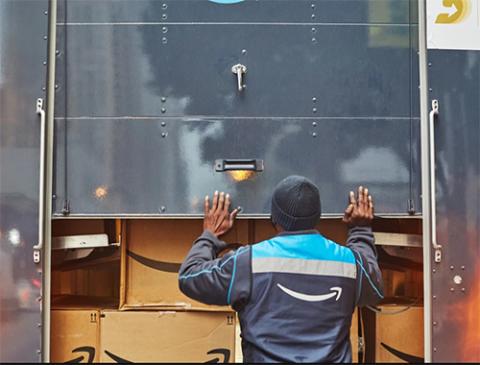 Amazon blew past analysts’ second-quarter earnings expectations but its sales — and third-quarter forecast — missed the mark.

Net sales increased 27% to $113.1 billion in the second quarter, missing expectations of $115.4 billion and giving rise to speculation that Amazon's pandemic sales run was slowing as in-store shopping picks up.   The rate of growth was down from recent quarters that saw sales increase more than 40%. Still, it was Amazon’s third straight billion dollar quarter.

Sales in Amazon’s online stores rose 13% in the quarter to $53.16 billion from $45.9 billion a year ago in the year-ago quarter. Sales in Amazon’s physical stores, which include Whole Foods Market Amazon Fresh, Amazon Go Grocery and Amazon Go, rose 10% to $4.2 billion

Sales in the company’s lucrative cloud-computing division, Amazon Web Services, increased 37% to $14.81 billion. The division remains Amazon’s biggest driver of profit. It posted operating income of $4.19 billion from $3.36 billion a year ago, and accounted for nearly 60% of Amazon’s total operating income of $7.7 billion.

Amazon’s successful AWS business has not gone unnoticed by rival Walmart. The discount giant announced on Wednesday that it will begin selling several of its own e-commerce technologies and capabilities to other retail businesses.

The second quarter was Amazon’s last full quarter of founder Jeff Bezos’ tenure. On July 5, he handed the reins of the company to Andy Jassy, former chief executive of AWS.

“Over the past 18 months, our consumer business has been called on to deliver an unprecedented number of items, including PPE, food, and other products that helped communities around the world cope with the difficult circumstances of the pandemic,” said Jassy. “At the same time, AWS has helped so many businesses and governments maintain business continuity, and we’ve seen AWS growth reaccelerate as more companies bring forward plans to transform their businesses and move to the cloud.”

Amazon announced the second-largest acquisition in its history during the second quarter. In May, Amazon said it would acquire MGM Studios for $8.45 billion. The move is being reviewed by the Federal Trade Commission, according to The Wall Street Journal. The FTC may become a bigger thorn in Amazon’s side under its new chair Lina Khan, who is an outspoken critic of the tech and retail giant.  Amazon is already calling on Khan to recuse herself from the FTC's  antitrust investigations and the probe into its MGM acquisition.

Amazon forecasted that its slowing sales would continue, with third-quarter sales of $106 billion to $112 billion. Analysts on average had been predicting third-quarter net sales of $119.31 billion.