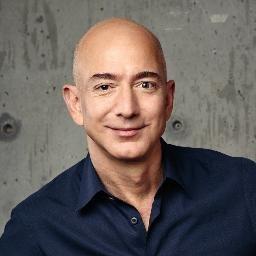 A new chapter has begun at Amazon.

Jeff Bezos stepped down on July 5 as Amazon CEO after a 27-year run, handing over the role to Andy Jassy, former chief executive of  Amazon Web Services. With the change, which was announced in February, Bezos has transitioned to the role of executive chair.

Bezos, Amazon’s biggest shareholder and the world’s richest man, will still have tremendous influence at the company he founded in 1995 as a online bookstore and built into a $1.75 trillion retail, entertainment and logistics giant that is also the second-largest private employer in the United States (Walmart is first.)

“As Exec Chair I will stay engaged in important Amazon initiatives but also have the time and energy I need to focus on the Day 1 Fund, the Bezos Earth Fund, Blue Origin, The Washington Post, and my other passions,” Bezos wrote in an email to employees in February. “I’ve never had more energy, and this isn’t about retiring. I’m super passionate about the impact I think these organizations can have.”

Amazon has been hit with a wave of exits among its upper ranks, as many longtime executives leave for top jobs at high-growth start-ups or public companies, reported The New York Times. It’s a shift that occurred at earlier generations of tech companies as they grew and their strong founders stepped aside, the report said.

Jassy takes over Amazon as the e-tail giant faces antitrust scrutiny at both the state (and Washington, D.C.) and federal levels. Meanwhile, Bezos’ next major public appearance will be as a passenger on the first manned flight launched by Blue Origin, the spaceflight services company he founded in 2000 and wholly owns, scheduled for July 20, 2021.