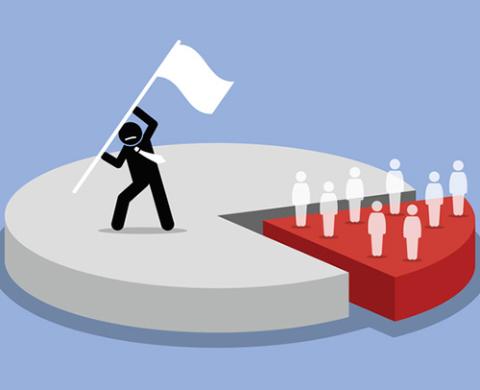 Amazon is looking to dominate all areas of retail, and there are several competitive strategies to consider.

The omnichannel giant’s latest move to shake up the retail industry is the recent announcement it will open a high-tech hair salon in London. The store will trial the “latest industry technology,” including augmented reality hair consultations that will allow customers to see what a new hair color or style looks like before they make the change.

At this point, Amazon is retail’s universal competitor. Every retailer of every size, from neighborhood mom-and-pops to global chains, needs to strategize against Amazon’s potential threat to its market share. While there is no single game plan to contend with Amazon, here are three tech-enabled approaches.

Join ‘em
Especially for smaller retailers, Amazon can actually serve as a highly effective partner. Amazon Marketplace provides small (and even large) sellers with access to its vast online customer base. Fulfillment by Amazon (FBA) manages storage, picking, packing, shipping, customer service, and in some cases, even returns for participating retailers.

In addition, Amazon is now licensing its “Just Walk Out” cashierless brick-and-mortar shopping platform to other retailers. Although some industry observers have raised concerns about sharing sensitive business information with Amazon (concerns Amazon has publicly denied), taking a cooperative approach to competing with the omnichannel titan may make a lot of sense in some situations.

Even smaller retailers that lack widescale internal innovation capabilities can still follow this track. “E-commerce in a box” solutions like Shopify and BigCommerce are rapidly growing as Amazon Marketplace alternatives, and on-demand delivery platforms such as Instacart are managing fulfillment for an increasingly broad range of retail verticals.

Other vendors and service providers are also willing to partner with smaller retailers to help them scale almost any activity to a more competitive level, and may offer especially favorable terms for proof-of-concept deployments.

Stay the course
In some cases, you may already have a solution, service or strategy that effectively competes with Amazon. For example, a number of retailers ranging in size from Wayfair to American Furniture Warehouse offer 3D room-planning tools that serve as a counterpoint to Amazon Showroom.

And Amazon’s Whole Foods grocery subsidiary recently started offering virtual cosmetics try-on, but so do a host of other beauty retailers, including Ulta Beauty. Before engaging a third-party partner (or even Amazon itself) to compete with Amazon, first look at your existing enterprise offerings and see what may already be in place to support your efforts.