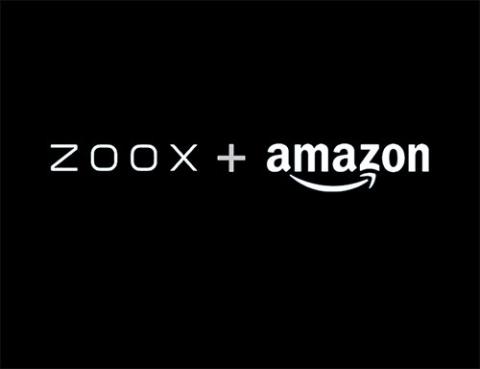 Amazon is making a major commitment to the development of self-driving vehicles.

Amazon has signed an agreement to acquire Zoox, a Foster City, Calif.-based autonomous vehicle provider. The companies did not announce a purchase price, but The Information and Financial Times have both reported a price tag of over $1.2 billion. In May 2020, Zoox had a market valuation of $3.2 billion.

Aicha Evans, Zoox CEO, and Jesse Levinson, Zoox co-founder and CTO, will continue to lead Zoox as a standalone business. Zoox launched in 2014 with goal of developing purpose-built, zero-emissions vehicles designed for autonomous ride-hailing, along with an end-to-end autonomy software stack.

Amazon has already taken an active role in developing proprietary autonomous delivery vehicles, such as its Scout six-wheeled electric robot, a variety of delivery drones, and self-driving trucks.

In addition to leveraging Zoox technology in its continuing efforts to develop autonomous delivery vehicles, Amazon could also use Zoox as a platform to launch a self-driving ride-share service. Currently, Google-owned Waymo operates autonomous taxis in the Phoenix area and Uber has been piloting self-driving ride-share vehicles in Dallas, Pittsburgh, San Francisco, Toronto, and Washington, D.C.

Zoox is reportedly developing a “bi-directional” vehicle which can easily drive in either direction, which could provide a major advantage in densely developed and populated urban areas.

"Zoox is working to imagine, invent, and design a world-class autonomous ride-hailing experience," said Jeff Wilke, Amazon CEO, Worldwide Consumer. "Like Amazon, Zoox is passionate about innovation and about its customers, and we're excited to help the talented Zoox team to bring their vision to reality in the years ahead."

"This acquisition solidifies Zoox's impact on the autonomous driving industry," said Evans. "We have made great strides with our purpose-built approach to safe, autonomous mobility, and our exceptionally talented team working every day to realize that vision. We now have an even greater opportunity to realize a fully autonomous future."

"Since Zoox's inception six years ago, we have been singularly focused on our ground-up approach to autonomous mobility," said Jesse Levinson, Zoox co-founder and CTO. "Amazon's support will markedly accelerate our path to delivering safe, clean, and enjoyable transportation to the world."

In May, Morgan Stanley analyst Adam Jonas said by purchasing Zoox, Amazon could force delivery rivals UPS and FedEx to increase their own spending on autonomous delivery technology while enhancing its own internal capacity.

“Following on from Amazon’s commitment to buy 100,000 Rivian delivery vans between 2021-24, a potential Zoox transaction could make those custom vans autonomous as well,” said Jonas. “Together with Amazon's foray into autonomous line-haul trucking this could give Amazon autonomous middle-mile and last-mile capability.”

Completion of this transaction is subject to customary closing conditions.