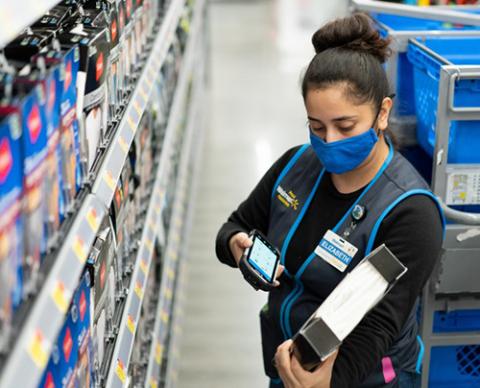 Walmart is raising the pay for more than 565,000 hourly store employees.

Walmart announced its third pay increase of the year for hourly employees.

The nation’s largest private employer is raising the hourly wages for more than 565,000 store employees in the frontend, food & consumable and general merchandise work groupsby at least $1.00.  The increase is effective Sept. 25.

With the new hike, Walmart has raised pay for approximately 1.2 million hourly associates in its U.S. stores, increasing its U.S. average hourly wage to $16.40, Walmart U.S. president and CEO John Furner wrote in a memo to associates. It is the company’s third wage investment in store associates during the past year, he noted.

In September 2020, Walmart raised wages for employees in specific frontline hourly positions in its supercenters, with the minimums for hourly associates in the deli and bakery areas increasing from $11 an hour to $15 or higher. And in March, some 425,000 employees in digital and stocking workgroups had an increase in the range of $13 to $19 per hour, depending on location and market.

“2021 has been another trying year, with challenges that few could have predicted,” Furner wrote in the memo. “But amid the uncertainty, there has been one constant: YOU – our incredible associates – have continued to serve our customers and communities when they’ve needed it most. Thank you!”

The increase comes as retailers are gearing up for the holidays amid the country’s worst labor shortage in recent memory. Earlier this week, Walmart announced plans to hire 20,000 supply chain workers. In July, the company said it would pay 100% of college tuition and books for employees through its expanded Live Better education program.