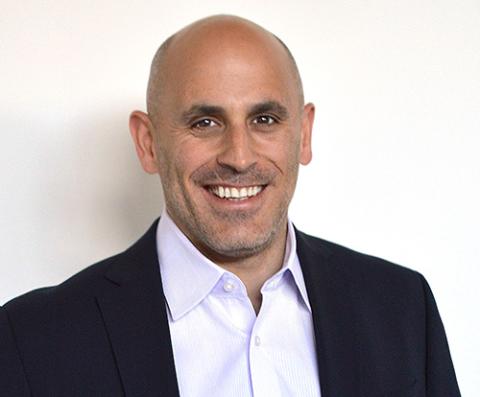 The man who is credited with jumpstarting Walmart’s U.S. e-commerce operations and turning the company into a digital force is stepping down to focus on urban planning.

Marc Lore, CEO of Walmart’s U.S. e-commerce business, will retire on Jan. 31. He will continue to serve in a consulting role as a strategic advisor through September. The news was disclosed in an 8-k filing.

Lore joined Walmart in September 2016 when the company acquired Jet.com, which he co-founded and where he served as CEO. In a post on LinkedIn, Lore said he will take time off, but plans to continue working with start-ups.

“Reflecting on the past few years with so much pride – Walmart changed my life and the work we did together will keep changing the lives of customers for years to come,” he wrote.

In an interview with Recode, Lore gave more details about his post-Walmart plans. Lore, who refers to himself as a “serial entrepreneur and CEO” on his LinkedIn profile, said he is embarking on a “lifelong project” to build “a city of the future” supported by “a reformed version of capitalism.”

“Imagine a city with the vibrancy, diversity and culture of New York City combined with the efficiency, safety and innovation of Tokyo and the sustainability, governance, and social services of Sweden,” Recode quotes from the vision statement for the project. “This will be our New City.”

Walmart announced it would cease operating Jet.com as a separate subsidiary in May 2020, citing the continued strength of the Walmart.com brand, which Lore was responsible for overseeing. On an earnings call with analysts, Walmart CEO Doug McMillon credited the acquisition of Jet.com as “jump-starting the progress we have made the last few years.” McMillon singled out the growth of Walmart’s curbside pickup, delivery to the home, expansion of categories beyond groceries, including apparel and home décor, and appeal to a broad range of consumer demographics.

Although media reports in December 2019 indicated Walmart may have lost as much as $2 billion on e-commerce, the retailer’s digital sales dramatically rose during 2020 as the COVID-19 pandemic shuttered stores and caused health concerns over congregating in public spaces. During Q3 2020, Walmart e-commerce sales surged 79%, with pickup and home delivery continuing to experience record high sales volumes.  At the end of the quarter, Walmart’s online grocery pickup service was available at 3,600 stores and same-day delivery at approximately 2,900 stores.

In February 2018, Lore publicly shot down rumors he would step down from his post at Walmart after the company’s fourth-quarter earnings results revealed online sales grew 23% for the period, compared to a 50% increase in the prior quarter. Lore wound up spearheading a website redesign at that time.

In an email to CNBC, Walmart CEO Doug McMillon credited Lore for playing a crucial role in Walmart’s success during the pandemic.

“Marc’s leadership helped ensure we were positioned to respond to the demand driven by the pandemic this year,” McMillon said in the email. “All of this progress is the result of good work from a lot of people, of course, but Marc’s expertise and aggressiveness have been game-changing. We have learned a lot from him. I have personally learned a lot from him.”

After Lore departs, all aspects of U.S. retail e-commerce will continue to report to John Furner, CEO of Walmart U.S.