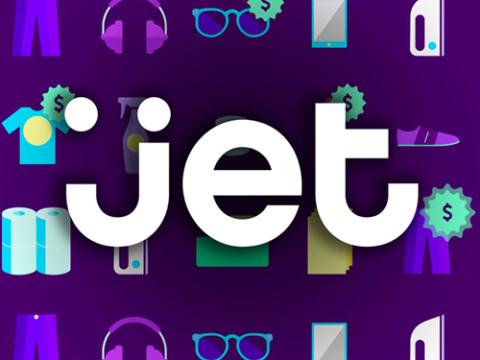 Walmart is winding down a digitally-native retailer it bought for $3 billion in 2016.

The discount giant will cease operating its Jet.com e-commerce subsidiary at an unspecified date. Walmart announced its intention to shutter Jet.com in a two-sentence statement in its first quarter earnings report: “Due to continued strength of the Walmart.com brand, the company will discontinue Jet.com,” Walmart said. “The acquisition of Jet.com nearly four years ago was critical to accelerating our omni strategy.”

On the company's quarterly earnings call with analysts, Walmart CEO Doug McMillion credited the acquisition of Jet.com as  “jump-starting the progress we have made the last few years.”  He cited the growth of Walmart’s curbside pickup, delivery to the home and expansion of categories beyond groceries, including apparel and home decor.  McMillion also said "we're seeing the Walmart brand resonate regardless of income, geography or age."

The strength of Walmart's online business, which is led by Jet.com founder Marc Lore, was reflected in the chain's first quarter, with  e-commerce sales surging 74%, amid strong results for grocery pickup and delivery services, the Walmart.com e-commerce site and Walmart Marketplace third-party online retail platform.

Walmart purchased Jet.com for $3 billion in 2016, one year after the e-tail startup was founded. The acquisition was seen as an attempt to directly compete with Amazon in the pure-play e-commerce market.

However, Jet.com never really took off as a standalone e-commerce brand. Since purchasing the e-tailer, Walmart has taken steps including folding the Jet.com team into the Walmart e-commerce organization and relaunching Jet.com as an urban-centric offering. In November 2019, Walmart ended a yearlong pilot of Jet.com fresh food delivery in New York City.

Walmart has also recently been reducing operations of some of its other digital ventures. In February, Walmart discontinued Jet black, a text-based, personal-shopping service. In October, the discounter reduced headcount at its Bonobos omnichannel menswear brand and sold its Modcloth online indie fashion subsidiary.

In December, the Wall Street Journal reported Walmart may have lost as much as $2 billion on e-commerce. But the retailer is still aggressively pursuing expanded online competition with Amazon with services such as its less-than-two-hour Express Delivery offering. Presumably by consolidating e-commerce operations and innovations under the Walmart.com umbrella, the company hopes to continue growing online revenue with lower overhead.