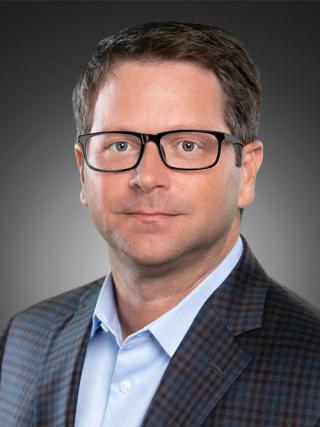 The Michaels Companies has named its second CEO in just two months.

The nation’s largest arts and crafts retailer named Walmart e-commerce executive Ashley Buchanan as president and chief executive officer. His appointment comes just about two months after Michaels tapped interim CEO Mark Cosby to fill the job. The retailer said that Cosby will continue to serve as CEO during a transition period until April 1, 2020 and will remain a member of the board after he steps down. (Cosby succeeded Chuck Rubin who left in February.)

“It has been an honor to lead Michaels and to help the company clearly define its core customer and develop a strategy centered on the Makers,” said Cosby. “I am excited to welcome Ashley as his impressive skills and extensive experience make him uniquely suited to lead Michaels into its long and bright future. He brings innovative thinking and a wealth of merchandising and digital expertise that will help us engage our Makers and deliver unique crafting experiences.”

Buchanan, who will join the Michaels’ board effective Jan. 6, most recently served as chief merchandising officer and COO for Walmart U.S. eCommerce.  He joined the retail giant in 2007 as director of innovations for Walmart U.S., and has served in various roles of increased leadership and responsibility across the company. Prior to joining Walmart’s U.S. eCommerce team, Buchanan was the chief merchant at Sam’s Club. He also previously served in a broad set of senior merchandising roles at Walmart.

Before Walmart, Buchanan held a variety of positions in finance at Dell, after spending five years at Accenture focused on the retail industry.

In other leadership changes, Michaels said its CFO, Denise Paulonis, will leave the company, effective Jan. 31, 2020, for another job. She was with Michaels for five years.

“Ashley is a world-class executive who has demonstrated the ability to redefine customer experiences and drive growth at the world’s largest retailer, and we are confident that he will be successful in leading Michaels forward,” said James Quella, Chairman of The Michaels Companies Board of Directors. “We are grateful to Mark for his steady and thoughtful leadership as Michaels has navigated a challenging retail environment. We will continue to benefit from his leadership and expertise during this transition and through his continued presence on the Board.”