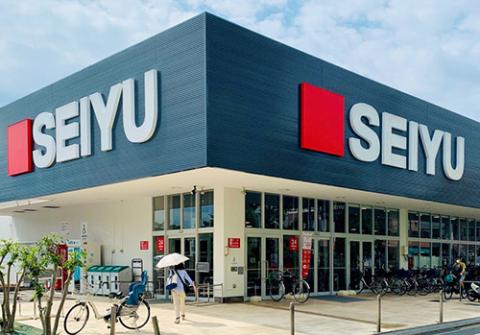 Walmart is strategically reducing its stake in Seiyu while pledging to support the Japanese grocer’s omnichannel transformation.

The discount giant, which initially invested more than $1 billion USD into Seiyu’s physical stores in 2002 and then launched an e-commerce partnership in Japan with Japanese online giant Rakuten in 2018, is selling 85% of its stake in Seiyu for $1.6 billion USD. Global investment firm KKR & Co. Inc. will purchase a majority 65% share of the company, while Rakuten will acquire a minority 20% stake through a newly-created subsidiary focused on retailer digital transformation.

Walmart has been exiting or reducing its stake in other international retail markets during 2020. Earlier in November, the company said it would sell its business in Argentina to Grupo de Narváez, a Latin American group with retail operations in Argentina, Ecuador and Uruguay. In October, Walmart announced it would sell its majority stake in Asda Group Ltd., Britain’s third-largest grocery chain, to an investment group for an enterprise value of $8.8 billion.

The new ownership structure builds on Rakuten and Walmart’s previously established collaborations, including the Rakuten Seiyu Netsuper online grocery delivery service and Rakuten Group’s partnership with Walmart that includes ebook service support in the U.S. Rakuten intends to further accelerate digital transformation of Seiyu and other Japanese retailers through its new subsidiary Rakuten DX Solution, leveraging its 100 million-plus membership base and technology. Seiyu will continue to have access to Walmart’s global retail best practices, sourcing network and scale.

“This past year has been one of the most extraordinary in Seiyu’s rich 57-year history,” said Judith McKenna in a Walmart blog post. “Our associates have been exceptional, adapting brilliantly to serve customers at a time when they needed it most and outperforming against an ambitious transformation plan. We have been proud investors in this business over the past 18 years, and we are excited about its future under the new ownership structure. Today’s announcement is important because its focus is on bringing together the right partners in the right structure to build the strongest possible local business. We look forward to supporting Seiyu’s growth and success, alongside KKR and Rakuten, as a minority investor.”

“By building on our successful partnership on Rakuten Seiyu Netsuper and our deep experience in online retail and data-based marketing, we look forward to accelerating digital transformation of Seiyu brick-and-mortar retail and further merging the best of offline and online retail to offer Seiyu customers the best possible online-merges-with-offline customer experience,” said Kazunori Takeda, group executive VP and president of commerce company, Rakuten Inc. “The planned establishment of Rakuten DX Solution will also allow us to offer digital solutions optimized to transform retail at Seiyu and in new future partnerships with retailers across Japan.”

The transaction is subject to regulatory approvals and is expected to close in the first quarter of 2021.